Mogherini asks Trump not to 'interfere' in European politics 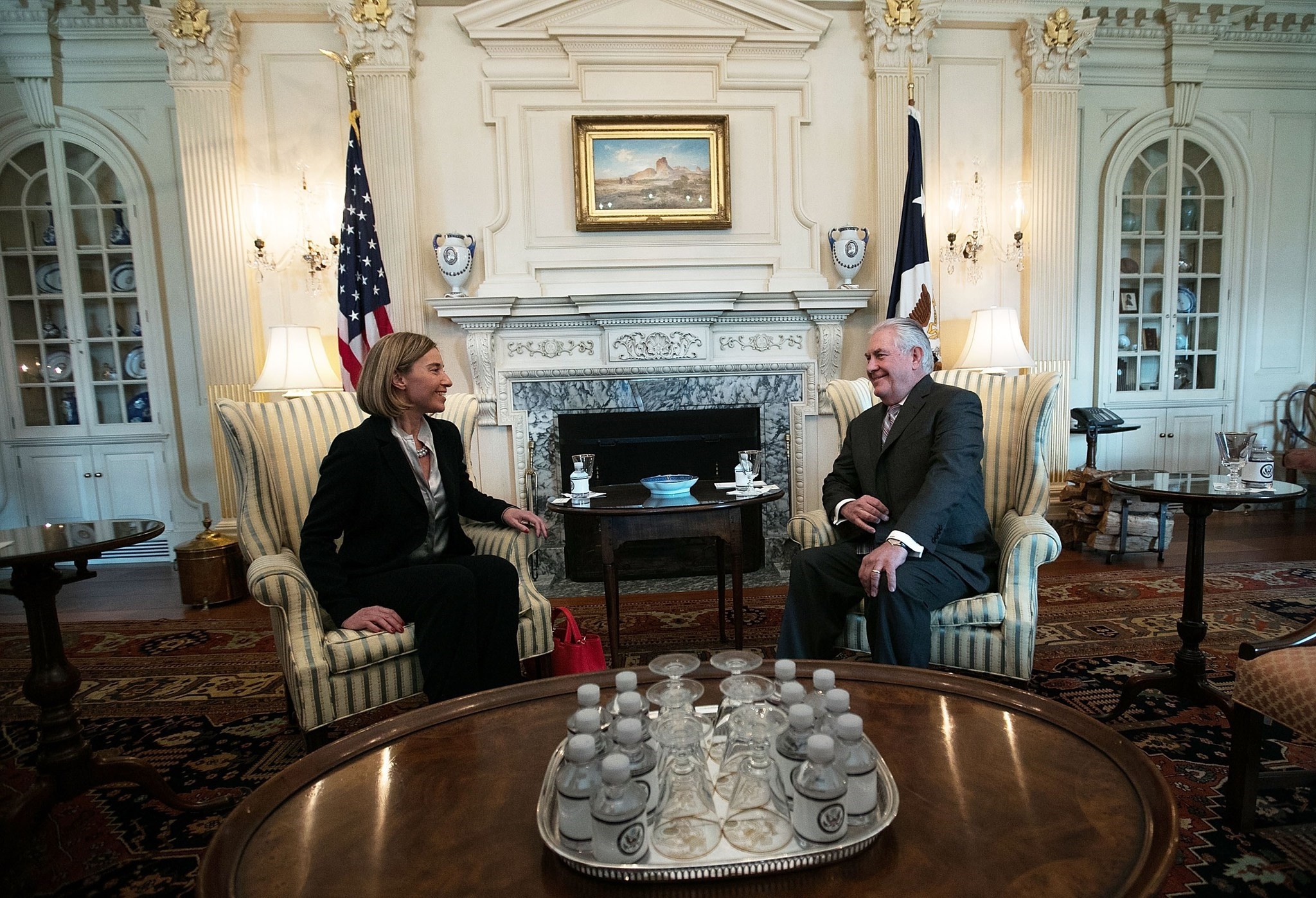 EU foreign affairs chief Federica Mogherini warned Donald Trump's administration Friday not to "interfere" in European politics, in an apparent reference to the US president's praise of Brexit.

"We do not interfere in US politics... And Europeans expect that America does not interfere in European politics," said Mogherini, who is wrapping up her first visit to Washington since Trump took office.

Mogherini held her first meetings with Trump's administration on Thursday at a moment of uncertainty for trans-Atlantic ties.

While the new US leader has toned down some of his criticism of America's NATO allies since his election, he has shown no enthusiasm for the 28-member EU and has praised Britain's decision to leave the bloc.

"The unity of the European Union, I believe, is more evident today than it was some months ago," Mogherini said Friday.

"The UK will stay a member state of the European Union for another two years at least... And it will not be able to negotiate any trade agreement bilaterally with any third country," she said.

The EU, she added, was not an institution, but rather a "union of 28 member states, still 28 and 28 for quite some months ahead of us."

Trump's election dismayed many European leaders, who see him as dangerously naive about the threat posed by Russia and fear his victory will inspire Europe's own far-right populist parties.

"Europeans feel and believe that their interest are better protected and promoted through our union," Mogherini said.

"The European Union is here to stay."