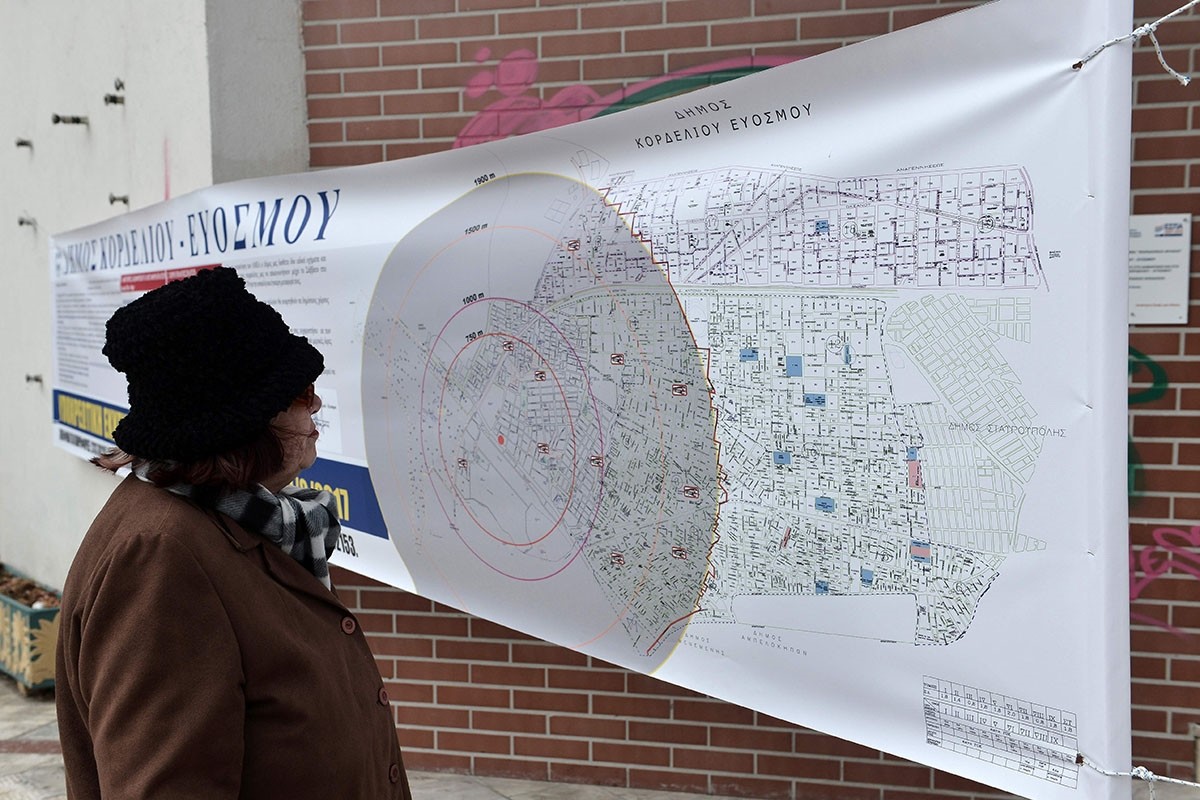 A resident looks at a map showing the radius of the evacuation area, ahead of an operation to defuse a World War II bomb in Kordelio, a suburb of Thessaloniki, on February 12, 2017. (AP Photo)
by Associated Press Feb 12, 2017 12:00 am

The evacuation started at 7 a.m. (0500 GMT). Police went house-to-house ringing bells and knocking on doors to remind people living within a 1.9-kilometer (1.2-mile) radius, mostly in the western suburb of Kordelio, to leave their homes.

The bomb was now going to be taken to an army firing range. 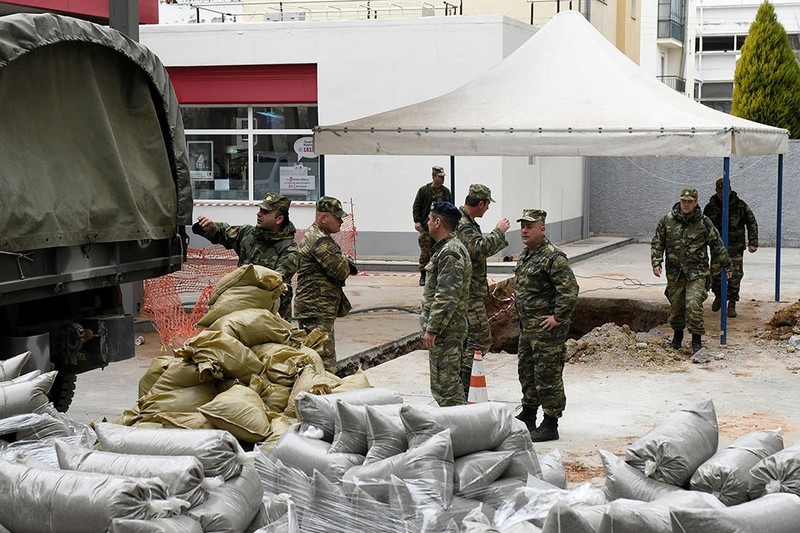 "The first phase of the bomb disposal has been a total success," Tzizikostas announced. "There remains its removal from the site. Residents will still not be allowed in their homes, because the removal and transport contains dangers."

Many people left the area in their cars, but some were bused to schools and sports halls elsewhere in the city.

"We heard on TV that, if the bomb explodes, it will be like a strong earthquake," a worried Michalis Papanos, 71, told The Associated Press as he and his wife, Yiannoula, headed out of their home.

Alexander Bogdani and his wife, Anna Bokonozi, left on foot, pushing a stroller with their toddler daughter.

"They have warned us ... we are afraid for the child," Bogdani said.

The city's main bus station was shut down, trains in the area were halted and churches canceled their Sunday services. The city also booked a 175-room hotel where people with limited mobility and their escorts were taken on Saturday.

Among the evacuees were 450 refugees staying at a former factory, who bused to visit the city's archaeological museum.

One resident says he recalls the day the bomb fell.

"The bombing was done by English and American planes on Sept. 17, 1944. It was Sunday lunchtime," said Giorgos Gerasimou, 86, whose home is half a mile away from the bomb site.

He said the Allies were targeting local German rail facilities and he remembers the day clearly because one of his 10-year-old friends was killed in the bombing.