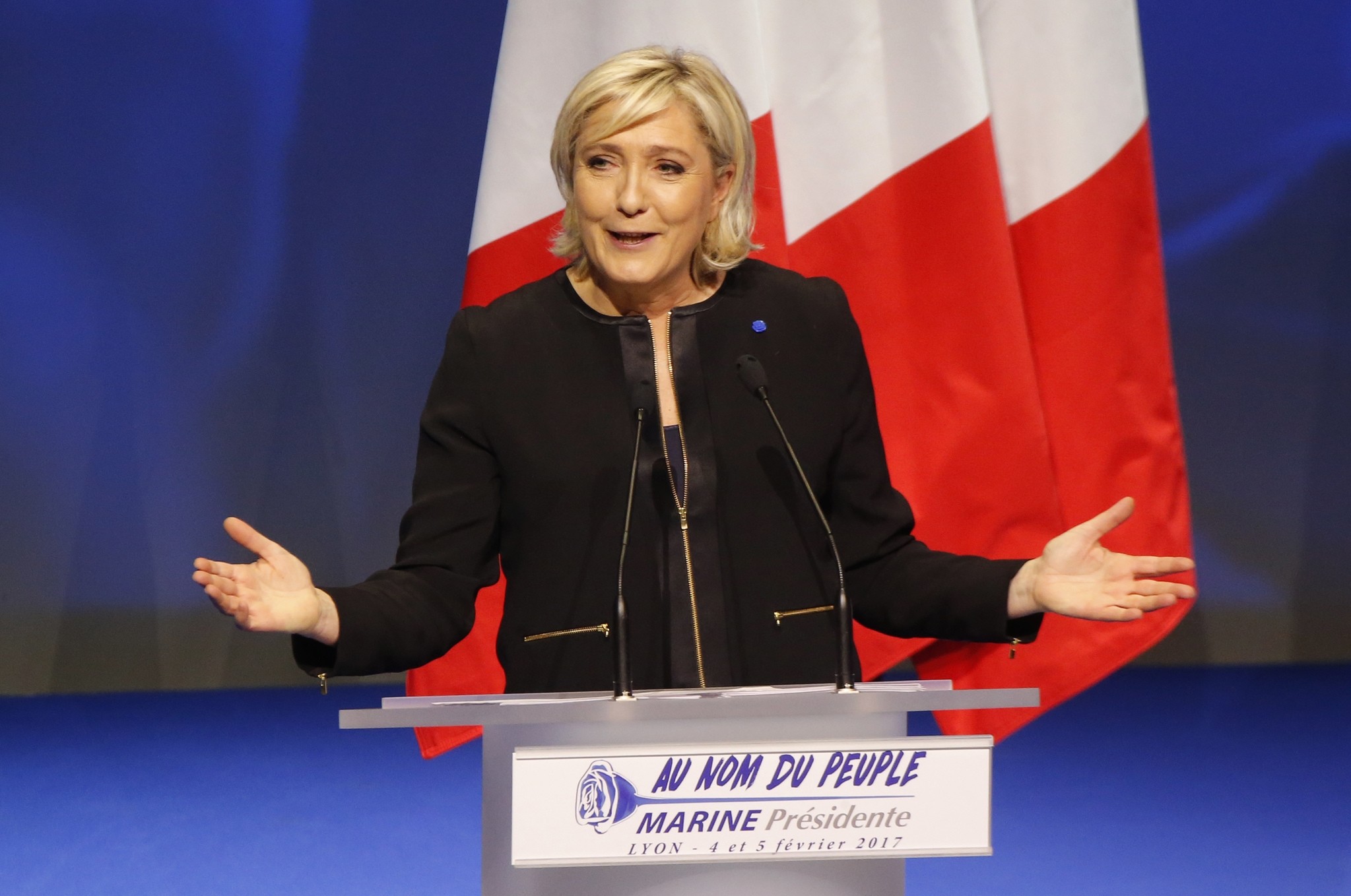 With less than three months to go before the first round of the election, Le Pen is polling strongly on a nationalist platform of heavily curtailing migration, relinquishing the euro and organizing a referendum on France's EU membership.

Banque de France governor Francois Villeroy de Galhau said that pulling out of the single currency would drive up the cost of France's borrowing.

Villeroy de Galhau did not give a breakdown of the calculation but said the interest on France's debt had fallen by 1.5 percent since it adopted the single currency.

"That is very significant for those with home loans, for business investments and all taxpayers," he said.

He also credited the euro with keeping inflation down, causing it to fall from nearly five percent annually before the 1992 Maastricht Treaty that ushered in the euro to under two percent currently.

Le Pen has argued that France needs to take back control over its monetary policy to boost growth -- forecast to come in at 1.3 percent in 2017, below a eurozone average of 1.7 percent -- and rein in unemployment.

Villeroy de Galhau acknowledged that the French economy needed to be "repaired and refurbished" but rejected the notion that the euro was the cause of its malaise.

"Many countries that share the euro with us are doing well on the economic front," he said, warning against "tearing down the foundations, our currency the euro, which forms a very strong basis in uncertain times."