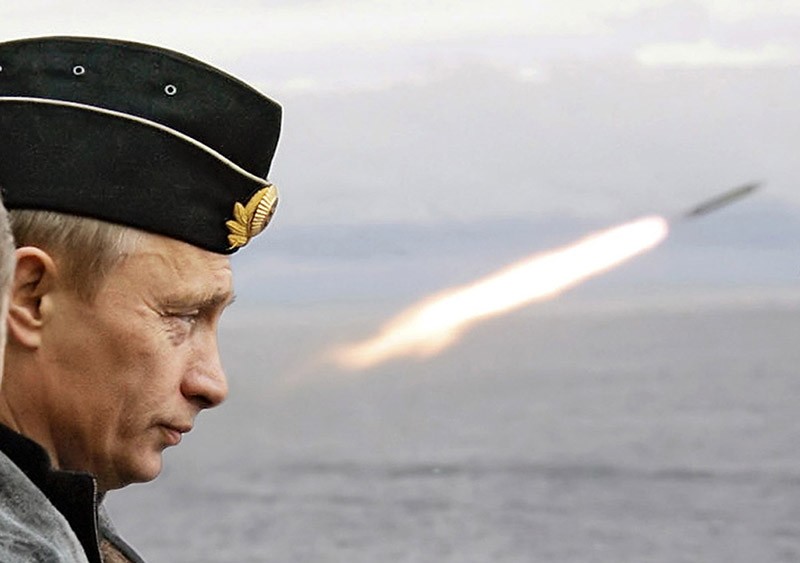 Russian President Vladimir Putin watches the launch of a missile during naval exercises in Russia's Arctic North. (Reuters File Photo)
by Feb 15, 2017 12:00 am

Russia now has two battalions of prohibited cruise missiles, with one battalion moved in December from a test site to an operational base
elsewhere in the country, the New York Times reported.

It was the same type of missile as one tested in 2014, the report said.

That year, the Obama administration determined that Russia had violated the Intermediate-Range Nuclear Forces (INF) Treaty, sealed in 1987 between the US and the then-Soviet Union to ban medium-range ground-launched missiles that can fly 500 to 5,500 kilometres.

Meanwhile, a Russian spy ship was seen in international waters about 115 kilometres off the coast of Delaware, according to Fox News, and Russian jets last week caused concerns by flying too close to a US navy warship in the Black Sea, according to CNN.