Trump expects Russia to give Crimea back to Ukraine 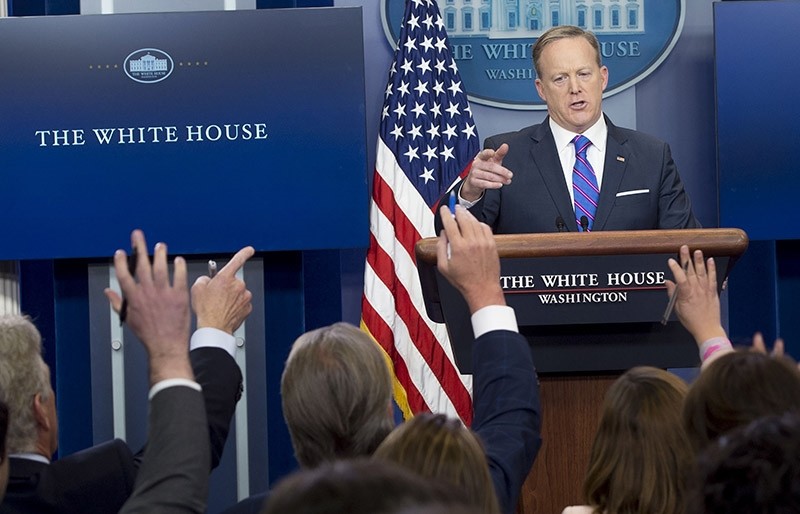 White House Press Secretary Sean Spicer speaks during the daily press briefing in the Brady Press Briefing Room of the White House in Washington, DC on Feb. 14, 2017. (AFP Photo)
by Daily Sabah with Agencies Feb 15, 2017 12:00 am

"President Trump has made it very clear that he expects the Russian government to de-escalate violence in the Ukraine and return Crimea," Spicer said at a daily news briefing. "At the same time, he fully expects to and wants to get along with Russia."

Russia annexed Crimea from Ukraine in March 2014 following a hastily called referendum, and a conflict between Russia-backed separatists and Ukrainian forces flared up in eastern Ukraine weeks later.

The conflict in eastern Ukraine has killed thousands of people and is still raging.

Crimea became part of Russia in 1783, which took it from the Ottomans.

However, the peninsula was reassigned to the Ukrainian Soviet Socialist Republic in 1954 by the Soviet Union's ruling Presidium.