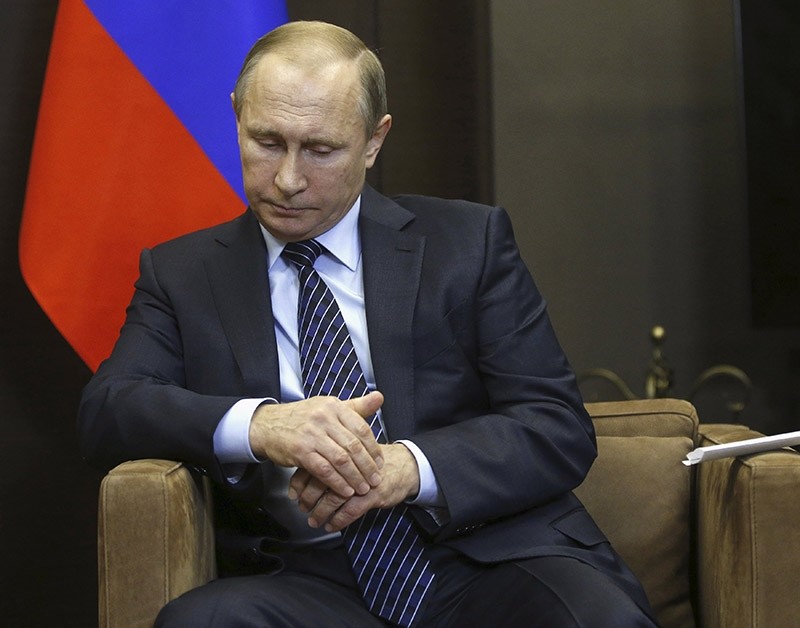 Russian President Vladimir Putin is calling for a new level of cooperation with Western intelligence agencies in order to fight terrorism.

"It's in the general interest to establish a dialogue with the special services of the United States and other member countries of NATO," Putin said Thursday at a meeting of top officials of the Federal Security Service, news agencies reported.

"We need to establish cooperation at a new level in the antiterrorist sphere with foreign partners," he said.

Putin's comments come as Moscow is hoping new US leader Donald Trump makes good on his pledge to improve tattered ties with Russia and seek cooperation in the fight against the Daesh terror group.

Trump's administration is currently facing heat over reports of its ties to Moscow -- which follow allegations from the US intelligence community that Putin ordered a hacking and influence campaign to help get Trump elected.

Trump's predecessor Barack Obama slapped sanctions on Russia's FSB domestic agency and the GRU military intelligence over accusations they were involved in cyberattacks against the US.

In his speech Putin still lashed out at NATO over its expansion around Russia's border -- a perennial bugbear for the Kremlin -- and said the US-led bloc was "constantly provoking" Moscow.

"They are always trying to provoke us, constantly provoking and trying to drag us into confrontation," he said.

"Attempts to intervene in our internal affairs with the aim of destabilising the social and political situation inside Russia itself do not stop."

He said that last year Russian authorities "blocked the activity" of 53 foreign intelligence officers and 286 agents of overseas agencies.