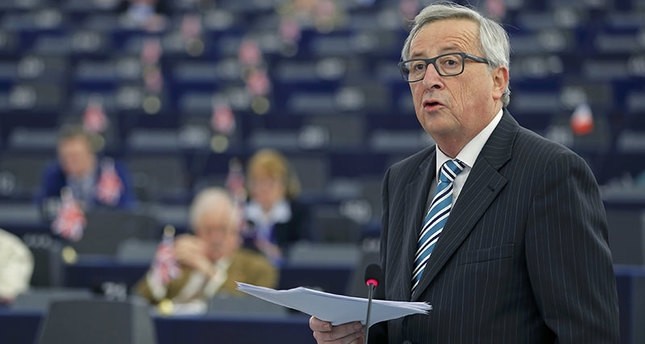 by Feb 17, 2017 12:00 am
European Commission President Jean-Claude Juncker believes it will take longer than two years to agree on all the arrangements for Britain to leave the European Union, he said on Thursday.

"I do not think .. we will succeed within 24 months to clear up the arrangements for Britain's exit from the EU and to (forge) the whole relationship between Britain and the European continent," he said in a speech on the sidelines of the international Munich Security Conference.

British Prime Minister Theresa May has said she will trigger Article 50 of the EU's Lisbon Treaty in March to launch divorce talks that can last up to two years.

Juncker also said at least 20,000 laws had to be changed in Britain before it could leave the bloc and added that Britain has no right to complete bilateral trade deals while still in the EU.

"Trade deals are the remit of the EU... Britain cannot complete trade deals with half the world - although it is doing the opposite," he said.