Serbian president urged not to run for second term 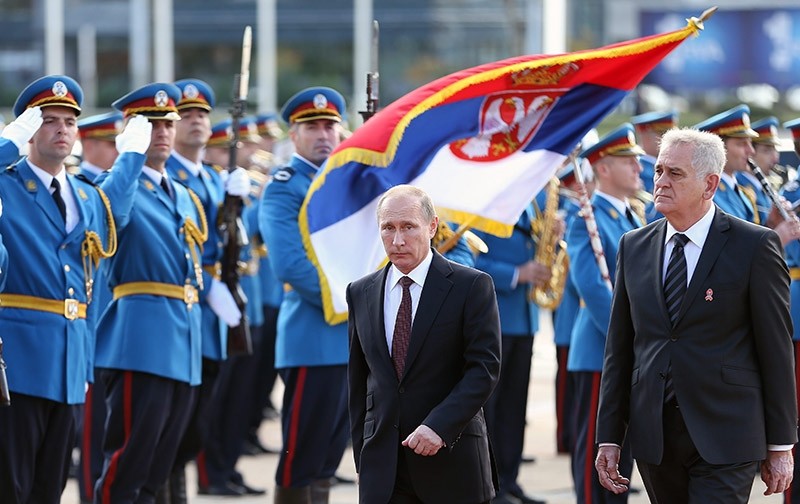 Serbian President Tomislav Nikolic should drop his idea of running for a second term this spring, a senior leader in Serbia's ruling coalition urged Saturday.

Foreign Minister Ivica Dacic said that his Socialist Party supports Prime Minister Aleksandar Vucic for the presidency instead and Nikolic should withdraw.

The pro-Russia Nikolic has hinted that he could run, even though his own Serbian Progressive Party has overwhelmingly backed Vucic's candidacy. Serbian media have speculated that Nikolic enjoys support from Moscow for his bid.

Although Serbia's presidency is largely ceremonial, the vote is expected to test the popularity of Vucic and his populist coalition against fractured opposition candidates. The ruling parties have expressed confidence he can win more than half of the ballots for a triumph in the first round of voting.

"Vucic ... can secure a swift and doubtless victory," insisted Dacic.

Vucic is a former extreme nationalist who now says he wants to lead Serbia toward European Union membership while also keeping close ties with Russia. He has faced accusations at home of curbing dissent and media freedom.

The formal announcement of the date for the two-round presidential vote is expected early next month, but numerous candidates have announced they are running.

They include ultranationalist leader Vojislav Seselj, a staunch pro-Russian who was acquitted of war crimes by a U.N. court, and former Foreign Minister Vuk Jeremic, who was president of the U.N. General Assembly in 2012-13.