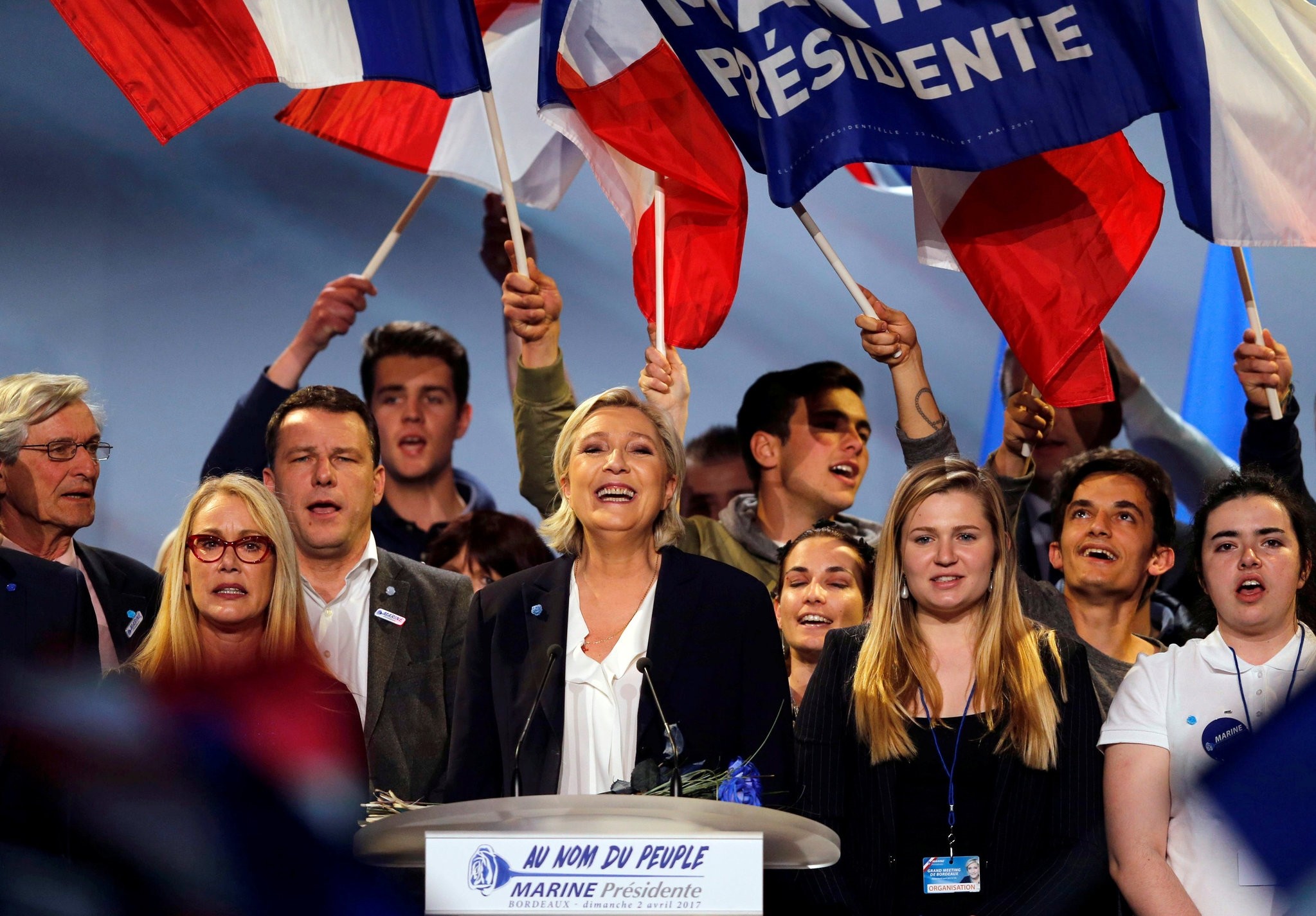 With just three weeks before the first round of France's presidential election, far-right candidate Marine Le Pen is working to galvanize voters with the anti-Islam rhetoric that is one of her trademarks.

Le Pen addressed thousands of supporters on Sunday in the southwest French city of Bordeaux, where she vowed to "uncompromisingly fight Islamist fundamentalism which seeks to impose its oppressive rules in our country."

She also criticized the headscarves that some Muslim women wear, saying "girls in France should be able to dress as they wish" and "shouldn't be forced to bury themselves under clothes of another age."

Opinion polls forecast Le Pen will do well in the April 23 first round of the presidential election only to lose the May 7 run-off to centrist candidate Emmanuel Macron.

But the high number of undecided voters means the outcome remains unpredictable and motivating people to go to the polling stations will be key for the leading candidates.