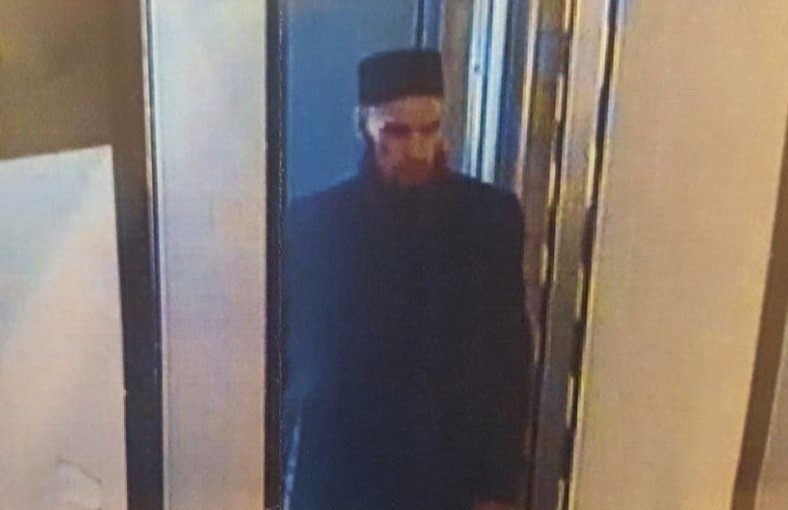 Russian online news outlet Fontanka has published the photo of a person whom it said police were seeking over Monday's deadly blast on board a St Petersburg metro train.

The grainy photo shows a middle-aged man with a beard and wearing a black hat.

Fontanka said the man had entered "Petrogradskaya" station 20 minutes before the blast happened on board a train, killing at least nine people in what Russian prosecutors are considering a terrorist attack..

Interfax news agency earlier quoted a source as saying that surveillance cameras had captured photos of the blast suspect.

Authorities in Russia's second-largest city believe a homemade bomb containing shrapnel caused the blast, which reportedly struck while the train was travelling between two stations.

There were conflicting reports on how many were wounded, with state media sources saying between 20 and 50.

Footage from the scene showed shattered windows and train doors that had been ripped open by the blast.

Another homemade bomb was found undetonated at a nearby station.

The prosecutor general's office condemned the blast as a terrorist attack.

All underground stations in the city have been closed. About 3 million people use the St Petersburg underground every day.

Security was increased at transport hubs across the country in the wake of the attack.

President Vladimir Putin was visiting the city, his hometown, for talks with his Belarusian counterpart, Alexander Lukashenko when the blast happened. He offered his condolences to the victims' families.

The blast occurred around 2:40 pm (1240 GMT) while the train was between the central stations of Sennaya Ploshchad and Tekhnologichesky Institut, state media reported.

Trains have been the target of attacks in the past in Russia.

In 2010, a pair of suicide bombings claimed by a separatist group on the Moscow underground killed at least 40 people.

A year earlier, that same group, Caucasus Emirate, claimed it was the perpetrator of a bombing of a high-speed train en route from Moscow to St Petersburg, which killed at least 27 people.