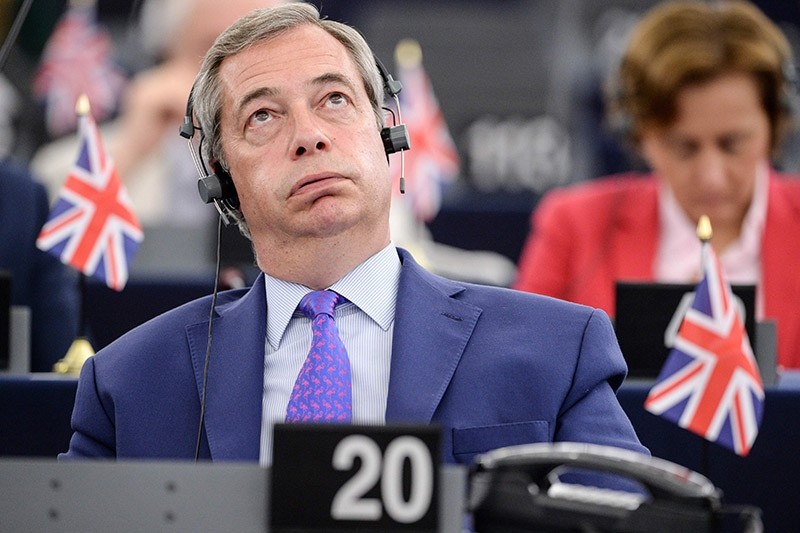 British politician Nigel Farage accused members of the European Parliament of acting like "Mafia gangsters" as the European Union adopted their "red lines" for the negotiations on Wednesday.

At a parliament meeting in Strasbourg, Farage criticized the idea of Britain having to pay a bill of £52 billion for leaving the union as well as the questions over Gibraltar's future.

Farage claimed that the EU was taking Britain "hostage" by demanding a multibillion-sterling Brexit bill, calling them "vindictive" and "nasty."

"All I can say is thank goodness we're leaving. You're behaving like the Mafia. You think we're a hostage, we're not, we're free to go," Farage said.

In response, Farage changed his word choice to gangster, saying he did understand Tajani's "national sensitivities."

Commenting on the EU's proposed Brexit bill, Farage burst out saying the UK had put net 200 billion sterling into the "project" and should therefore be acknowledged by the EU.

"We're actually shareholders...and you should be making us an offer we can't refuse - to go," he added.

The European Parliament on Wednesday overwhelmingly adopted tough "red lines" for negotiations over a Brexit deal, on which EU lawmakers will have the final say in two years' time.

But they omitted any mention of the flashpoint issue of Gibraltar, unlike Tusk's guidelines which said that Spain should have the final say over whether any eventual trade deal applies to the British outcrop.

The Strasbourg-based parliament is the first EU institution to formalise its stance on the Brexit talks, passing the resolution by 516 votes for, 133 against and 50 abstentions.