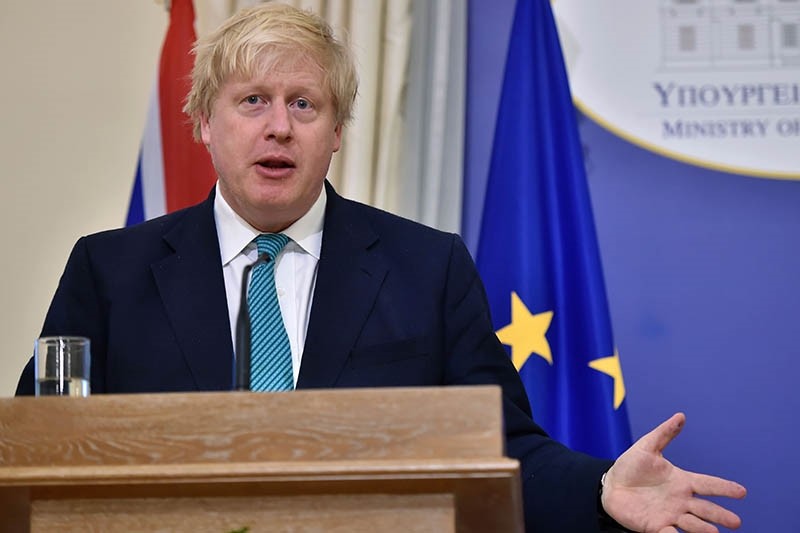 "My priority is now to continue contact with the U.S. and others in the run up to the G7 meeting on 10-11 April," said Johnson, who was due to travel to Moscow on Monday, lamenting "Russia's continuing defence of the Assad regime."

He said he planned to focus instead on building "coordinated international support for a ceasefire on the ground and an intensified political process," ahead of a G7 foreign ministers' meeting in Italy next week.

Johnson said he had discussed plans for "next steps" on Syria with U.S. Secretary of State Rex Tillerson, who will visit Moscow as planned next week and, following the G7 meeting, "will be able to deliver that clear and co-ordinated message to the Russians."

"We deplore Russia's continued defence of the Assad regime even after the chemical weapons attack on innocent civilians," Johnson said.

"We call on Russia to do everything possible to bring about a political settlement in Syria and work with the rest of the international community to ensure that the shocking events of the last week are never repeated."

U.S. Tomahawk missiles hit an Assad regime airbase in Syria on Friday, in response to a chemical weapons attack by the regime which killed over 100 civilians, including children and babies.

The missile attack caused heavy damage to one of Syria's biggest and most strategic air bases, used to launch warplanes to strike opposition-held areas throughout Syria.