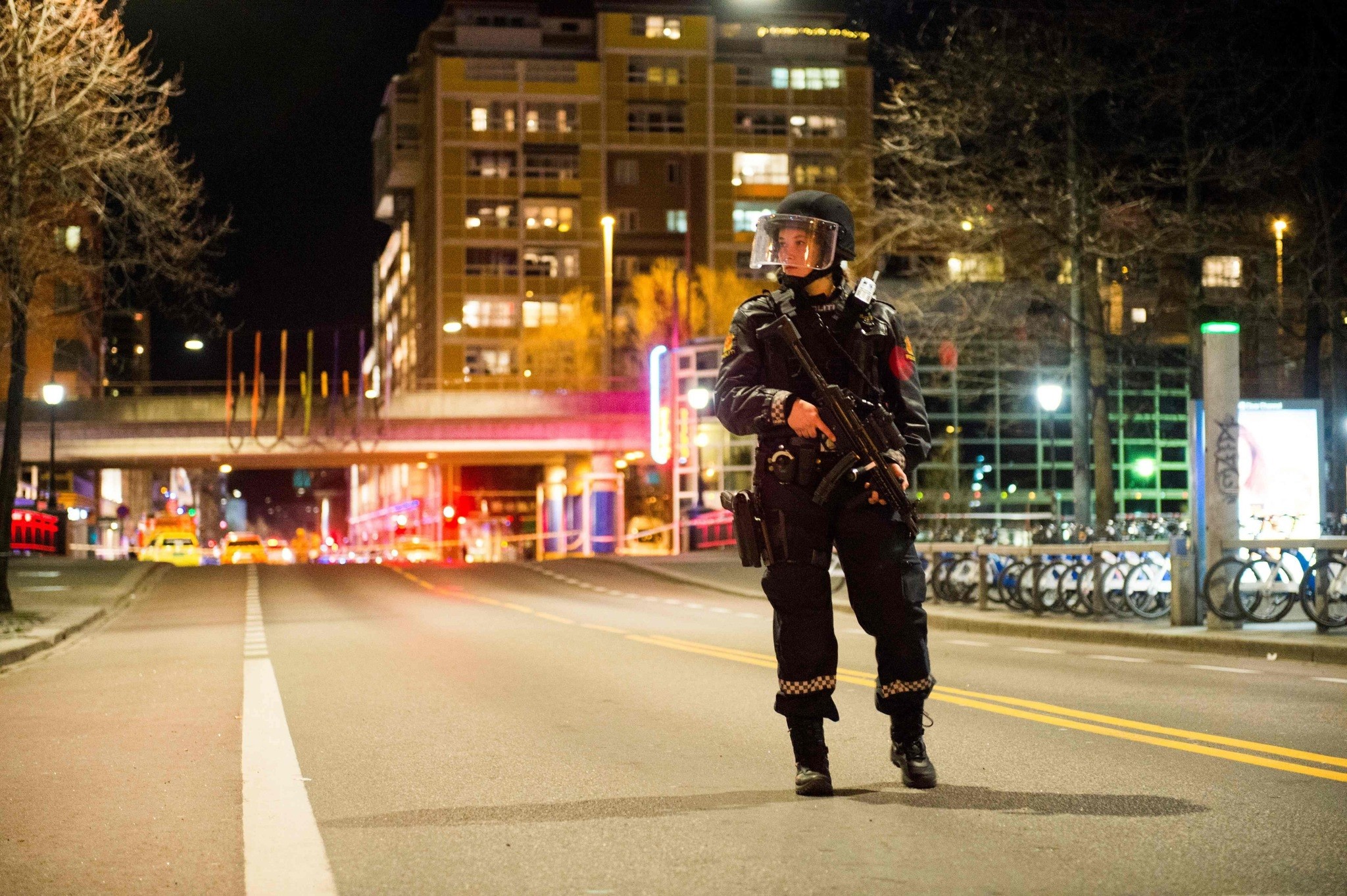 Norway's security service on Sunday took over an investigation into an explosive device found near a busy subway station in Oslo after police defused the device and arrested a suspect.

The discovery of the explosive Saturday night — found on the street just outside the Groenland subway station — prompted police to evacuate late bars and restaurants in the Norwegian capital.

Police Chief Vidar Pedersen confirmed that the device, initially described as "bomb-like," was an explosive. The police Twitter account said it had been neutralized. Police would not give any details about the arrested suspect or the device.

"Every restaurant was being closed," said 23-year-old Malin Myrvold, who witnessed the scene from a fourth-story window. "You could see cops in heavy armor going in every store and restaurant."

Norway's security service PST said early Sunday it had taken over the investigation for several reasons but did not elaborate.

Norway was put on high alert after neighboring Sweden suffered a truck attack in Stockholm on Friday that killed four people and injured 15. The suspect in the attack, a 39-year-old native of Uzbekistan, was a failed asylum-seeker who eluded police efforts to deport him. A second suspect in the case was arrested on Sunday.

The incident in Oslo also came a week after the St. Petersburg subway was attacked by a suicide bomber in neighboring Russia, leaving 13 passengers dead and scores wounded.

The Oslo explosive was found less than a mile from the government buildings that were damaged in a deadly bomb attack carried out by right-wing extremist Anders Breivik in 2011. That bomb and a subsequent gun massacre at a Norwegian island killed a total of 77 people.