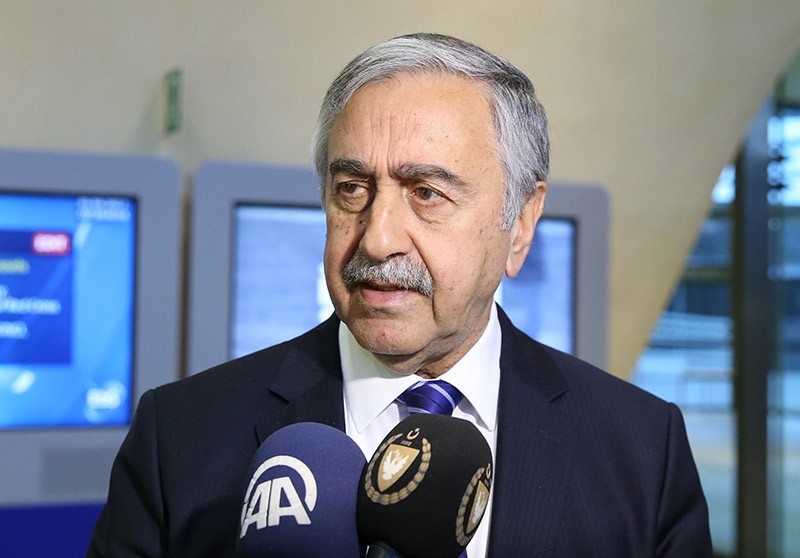 Turkish Cypriot president, Mustafa Akıncı, Sunday advocated for reciprocity and emphasized "good will" for the fresh round of Cyprus unification talks, which will restart on April 11.

"Only if we walk together will this way take us to a solution," the president of Turkish Republic of Northern Cyprus Mustafa Akıncı said Sunday.

"No one should expect us to take one-sided steps in the new negotiation process," he told a local event in Lapta town of Girne city.

On Friday, the Greek Cypriot parliament voted 30-20 to shelve yearly public school commemorations of a 1950 referendum on Enosis, meaning uniting the island with Greece.

Right after the decision, Akıncı announced that the Cyprus talks -- derailed by the earlier Enosis decision -- would restart on April 11.

The United Nations will have key responsibilities, Akıncı said, adding that the UN officials "can develop a helping understanding by staying neutral and pursuing equality."

He also said "a very serious shuttle diplomacy should be carried out between the two sides and among the three guarantor countries" -- Turkey, Greece, and Britain.

The reunification talks -- brokered by UN Special Cyprus Envoy Espen Barth Eide -- were launched in May 2015 to discuss a permanent settlement for the divided Mediterranean island.

Cyprus was divided into a Turkish Cypriot state in the north and a Greek Cypriot administration in the south after an Enosis-inspired 1974 military coup was followed by violence against the island's Turkish people, and Turkey's intervention as a guarantor power.