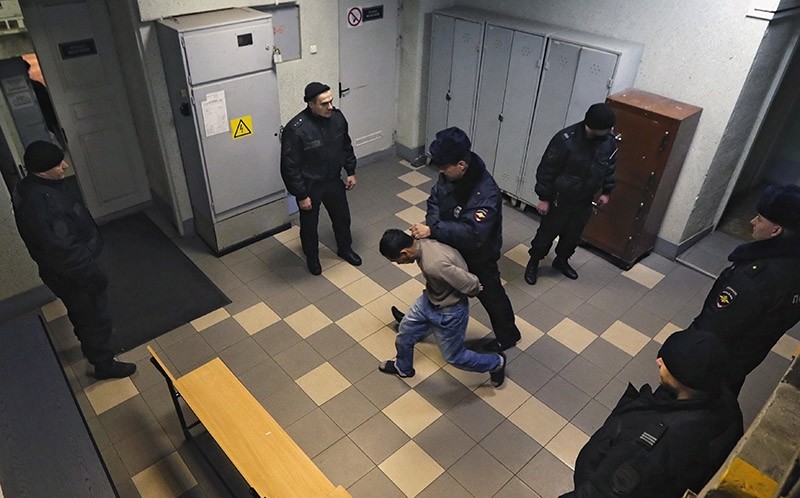 A man suspected in involvement in organizing St. Petersburg metro blast is escorted inside the Oktyabrsky district court in St. Petersburg, Russia, 07 April 2017. (EPA Photo)
by Associated Press Apr 11, 2017 12:00 am

Russia's intelligence chief says eight members of terrorist cells have been arrested in connection with last week's deadly bombing on the subway in St. Petersburg.

Last week's suicide bombing on the subway in Russia's second largest city killed 13 passengers and injured dozens. A Kyrgyz-born Russian national has been identified as the bomber.

Alexander Bortnikov, chief of the FSB, the main successor to the KGB intelligence agency, said in comments carried by Russia news agencies on Tuesday that six members of terrorist cells have been detained in St. Petersburg and two in Moscow in connection with the attack.

Bortnikov said all of them are from former Soviet Central Asian republics and that the police found a large amount of weapons and ammunition at their homes.

Bortnikov admitted that intelligence agencies have failed in tackling a terrorist threat.

"The investigation in the St. Petersburg subway attack showed that the operative work did not fully meet the threat from terrorist organizations," Bortnikov was quoted as saying.