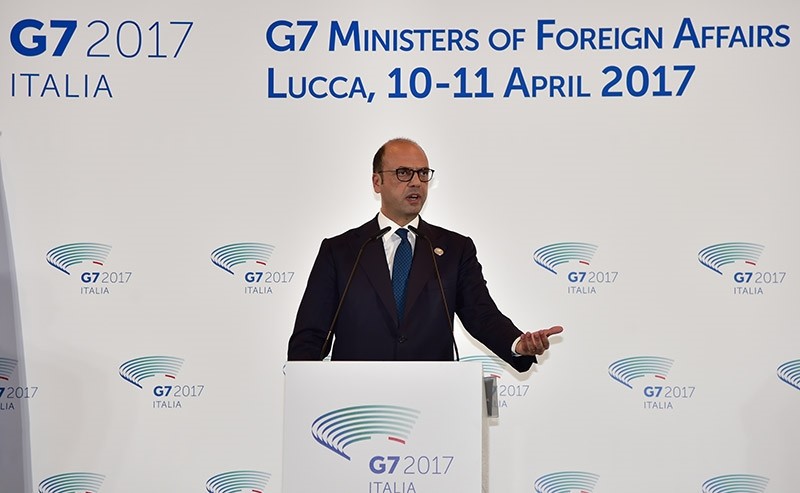 G7 foreign ministers have failed to agree on whether fresh sanctions should be imposed on the Assad regime or its ally Russia, Italy's foreign minister Angelino Alfano said Tuesday.

"At this time there is no consensus for further new sanctions as an effective tool for reaching the objective that we have set ourselves," Alfano said at the close of a two-day meeting in Italy, after British foreign minister Boris Johnson raised the issue with the Group of Seven.

Alfano added that isolating Russia or pushing it into a corner "would be wrong."

US Treasury Secretary Steven Mnuchin said last week that the U.S. would soon impose additional sanctions on Assad, as part of a military, diplomatic and financial response to a chemical attack blamed on the regime.

French Foreign Minister Jean-Marc Ayrault confirmed Johnson had raised the issue on Tuesday morning but said the diplomats had not discussed the issue in any depth.