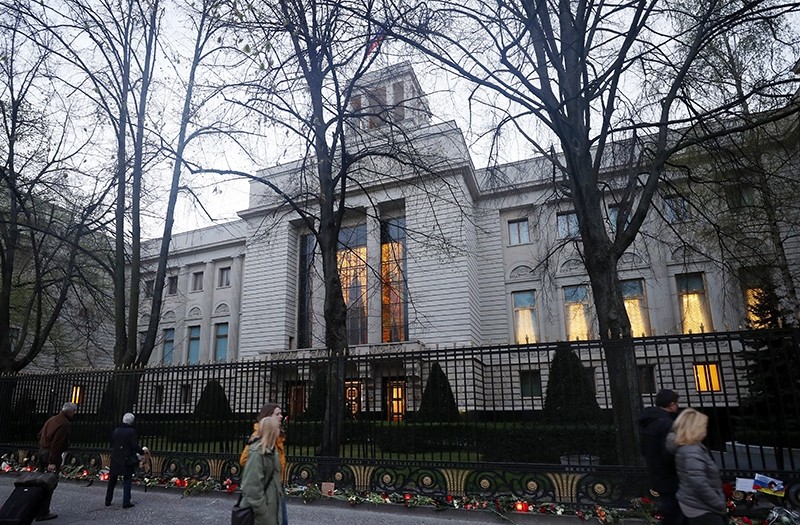 People walk past floral tributes placed in front of the Embassy of the Russian Federation in memory of the victims of the St Petersburg metro explosion, in Berlin, Germany (EPA Photo)
by Apr 11, 2017 12:00 am

A 24-year-old Moroccan man being held by police in Dresden was planning an attack on the Russian Embassy in Berlin, state prosecutors in the eastern German city said on Tuesday.

The unnamed man, who was living in refugee accommodation near Leipzig, has been in custody since Saturday.

The man is also being investigated in connection with a bomb threat made on a trade school in the small town of Borsdorf near Leipzig.