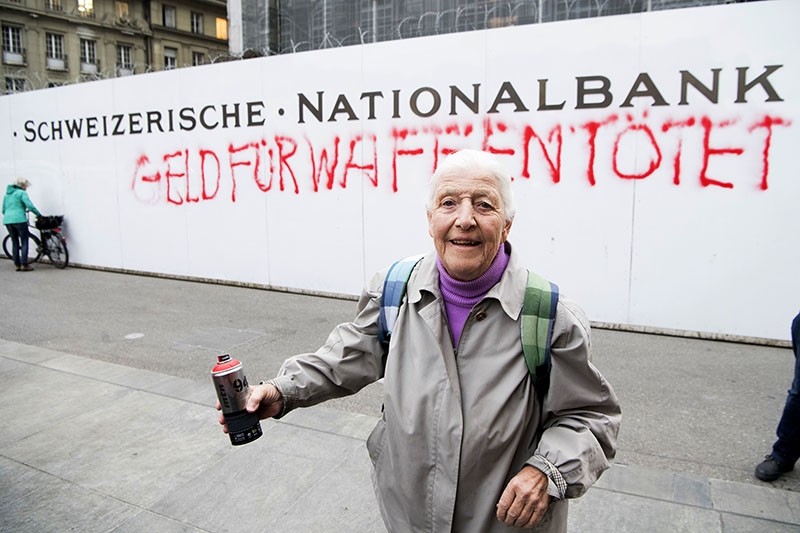 86-year-old activist Louise Schneider poses for media after spraying the words ,Money for Weapons Kills, (in German ,Geld Fuer Waffen toetet,) on a wall of the Swiss National Bank. (AP Photo)
by Associated Press Apr 12, 2017 12:00 am

A Swiss pacifist group says an 86-year old woman was detained Tuesday after she spray-painted "Money for Weapons Kills" in German on a wall at Switzerland's national bank, as part of a campaign to strip state financing for arms vendors.

Youniss Mussa, political secretary of "The Group for an Army-free Switzerland," said Louise Schneider was released unharmed after the incident in Bern during a demonstration to launch a petition against state involvement in arms dealings.

If the campaign succeeds to garner at least 100,000 signatures over 18 months, Switzerland would hold a referendum on banning state pension funds and the Swiss National Bank from investing in publicly-traded defense contractors selling arms abroad.

The group says such entities have holdings of 4-12 billion Swiss francs ($4-12 billion) in those companies.