Over 17,000 people monitored in France as “terror suspects” 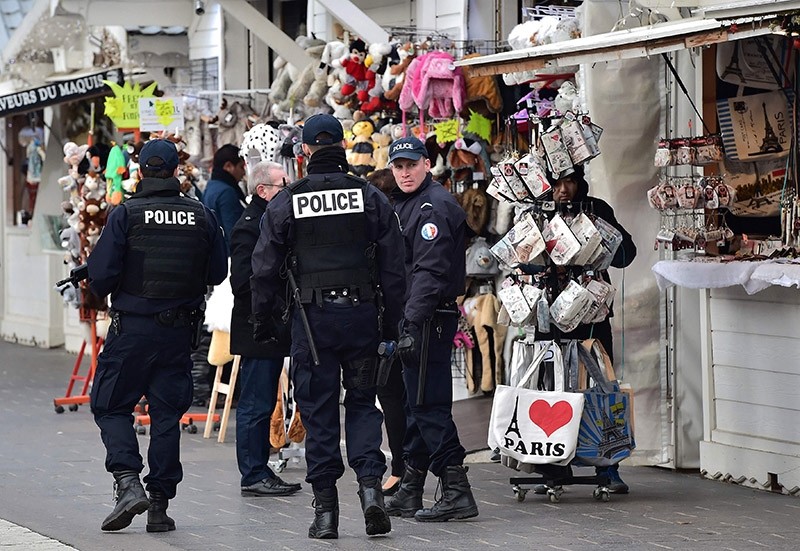 French police officers secure a Christmas market on the Champs Elysees avenue in Paris on December 20, 2016 as part of security measures in the aftermath of an attack in Berlin. (AFP Photo)
by Daily Sabah Apr 13, 2017 12:00 am

More than 17,000 people have been monitored by French authorities since early March, a new report suggests.

According to the "Prevention of Radicalism and Regional Authorities" report by the French Senate, a total of 17,393 people have been recorded as terror suspects since the beginning of March.

Not all of the suspects in question are constantly monitored, but are rather watched at intervals, the report elaborated.

France has been the target of major terrorist attacks since January 2015. Over 230 people have been killed in terrorist attacks in France over the past two years; including 86 during last year's July 14 national holiday celebrations in the Riviera resort of Nice, where a truck was deliberately driven into crowds of pedestrians.

Paris was also hit by multiple, near simultaneous gun-and-bomb attacks on entertainment sites around the city in 2015, leading to the death of 130 people and injuring 368 others.