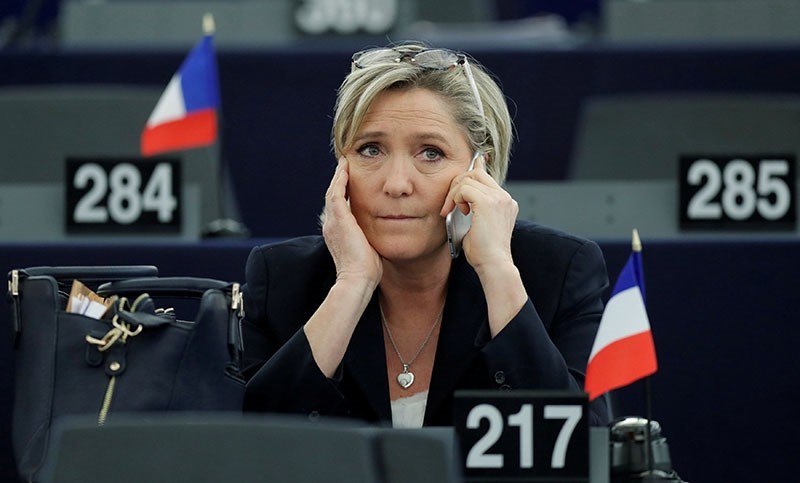 Just nine days before the first round of France's presidential election, financial prosecutors have asked the European Parliament to suspend the immunity of far-right candidate Marine Le Pen amid a probe into alleged fake parliamentary jobs, French media reported on Friday.

The French judges, who opened an inquiry last December, on March 29 filed a request letter with the prosecutor's office and the justice ministry, broadcasters Europe 1 and France Inter reported.

The National Front leader described the move as "normal".

"It's a totally normal procedure, I'm not surprised," she told France Info radio.

Their request is unlikely to be approved by European lawmakers before the two-round presidential election.

The European Parliament accuses Le Pen of misusing funds between 2011 and 2012 to pay two of her parliamentary assistants when in fact they worked for her National Front party.

She denied falsely hiring her bodyguard Thierry Legier and her chief of staff Catherine Griset, claiming that they were assisting her both in the European Parliament and with her party.

Le Pen has denounced since the beginning a "political operation", mounted in particular, according to her, by former European Parliament President Martin Schulz.

Last month, the European Parliament lifted her immunity in a separate case which concerns her tweeting graphic pictures of Daesh violence.

Le Pen, 48, is one of the frontrunners in the first round vote, to be held on April. 23. Opinion polls show her coming first or second and qualifying for a crucial second round on May 7.