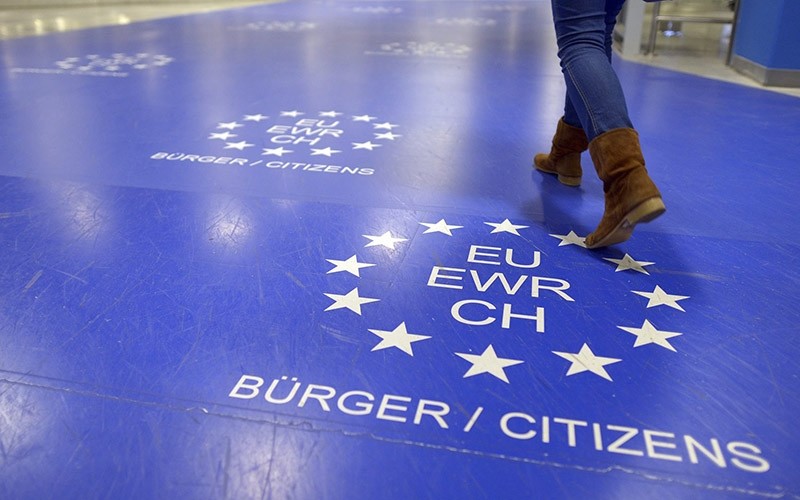 A picture made available on 05 May 2014 shows a woman walking up to the passport control point for citizens of the European Union at Duesseldorf Airport which uses the new automatic easy-pass control system in Germany, 02 May 2014. (EPA Photo)
by Apr 15, 2017 12:00 am

The huge demand for Irish passports from the British mainland and Northern Ireland shows no signs of abating, with applications for the first quarter of 2017 up 68 per cent compared to last year, Irish broadcaster RTE reported on Saturday.

A total of 51,000 applications were received between January and March, compared to 30,000 during the same period in 2016, the broadcaster said.

The surge is thought to have been caused in large part by Britain's decision in 2016 to leave the European Union following the so-called Brexit referendum.

With the Republic of Ireland being an EU member state, an Irish passport guarantees EU rights, such as freedom of movement, that British citizens will be denied once Brexit takes effect.

People from Northern Ireland are automatically eligible for an Irish passport as Irish citizenship applies to anyone born on the island of Ireland.

The process is more difficult for those born on the British mainland, who have to prove at least one of their parents or grandparents was born on the island of Ireland, according to the Irish Department of Foreign Affairs.