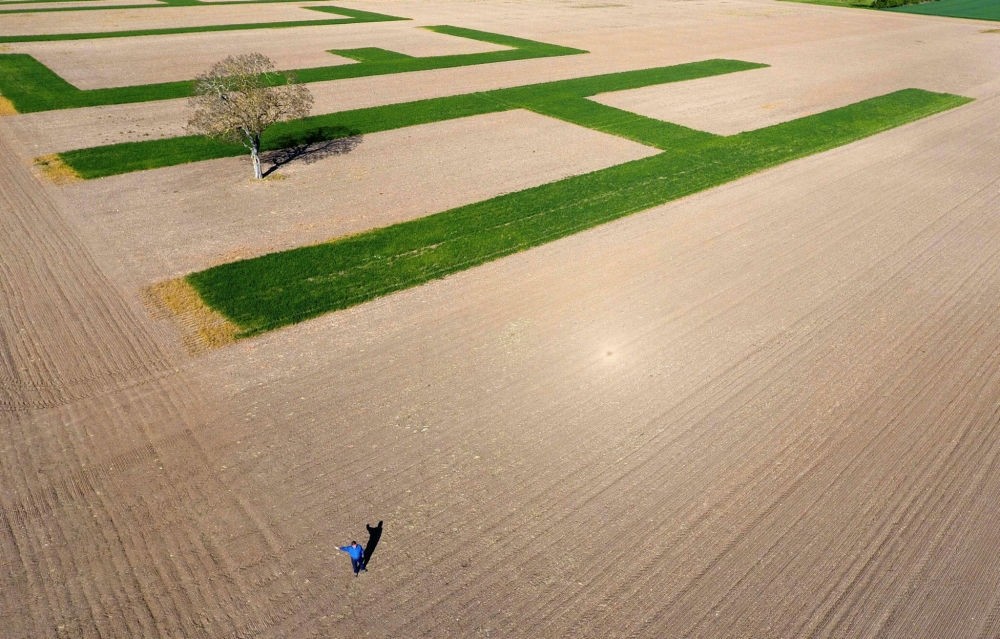 by Apr 17, 2017 12:00 am
A French farmer has mown the word "HELP" in giant letters into his wheat field, hoping to push presidential candidates to address the crisis in France's agricultural sector.

"Political leaders do not listen to us," the 63-year-old farmer, Jacques Fortin, 63, told AFP on Thursday. "They're deaf to our anger. I hope they're not blind and will read this message of despair."

In Europe's top agricultural power, the government has admitted that more than a tenth of France's 400,000 farms are in a "situation of extreme urgency". Last year, half of French farmers earned less than 350 euros ($372) a month, far below the national poverty threshold of 800 euros.

The crisis has torn at the fabric of rural life, and as farmers see their livelihoods evaporate, more and more are giving up, with an alarming spike in suicides over recent years.

"I live in a world where I have the responsibilities of a chief executive and I live below the poverty threshold," Fortin said. "It's not normal to live with 350 euros a month when you work every day... Some break down. Others commit suicide."

Fortin, whose farm is in Athee-sur-Cher near the central town of Tours, fashioned his message in capital letters in his five-hectare (12-acre) wheat field, with the bright green letters standing stark against the tan crops.

"In fact, it was the pilot of a small plane who sent me the first photo by email."

He said his message was a "collective SOS, expressed on behalf of all farmers".

"We have had successive years of bad weather conditions in the past four years. Farmers are at the end of their rope. They are fed up," he said.

Farmers predominated in the countryside in the 1970s, but they now make up just two percent of France's overall population of 66 million, according to political scientist Jean-Yves Camus.

Last month, around 20 farmers drove their tractors to a gathering in the town of Brest with conservative candidate Francois Fillon to highlight their distress ahead of the two-round presidential election on April 23 and May 7.

"We need support and proposals from the candidates, because so far we haven't had much of either," dairy farmer Julien Hindre told AFP at the time.
Last Update: Apr 17, 2017 1:43 am
RELATED TOPICS