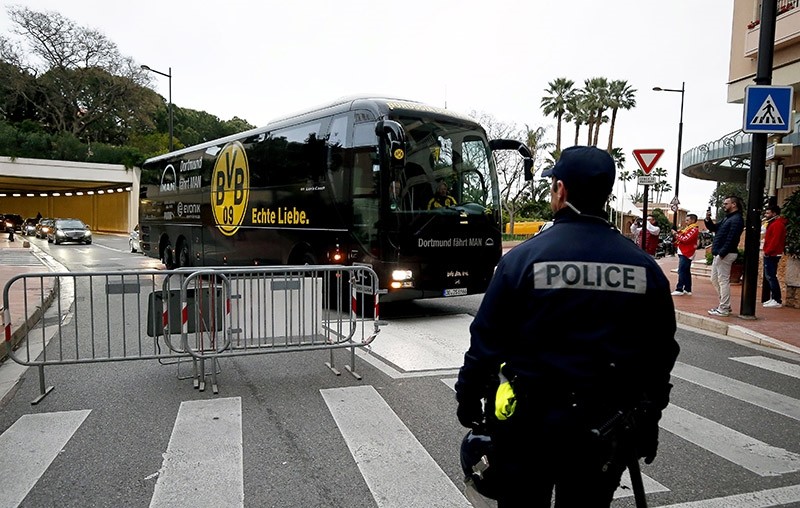 Prosecutors say a 28-year-old German-Russian citizen has been arrested on suspicion of carrying out the bomb attack against a bus carrying members of the Borussia Dortmund soccer team.

A Dortmund player and a policeman were injured in the triple blasts last week as the bus was heading to the stadium for a match against AS Monaco.

Investigators found notes at the scene claiming responsibility in the name of Daesh, but quickly doubted their authenticity.

Federal prosecutors said in a statement that the suspect, identified only as Sergej W., was arrested Friday in the Tuebingen area.

They say the man is suspected of having acted for financial reasons and had speculated on Dortmund's share value dropping after the attack.