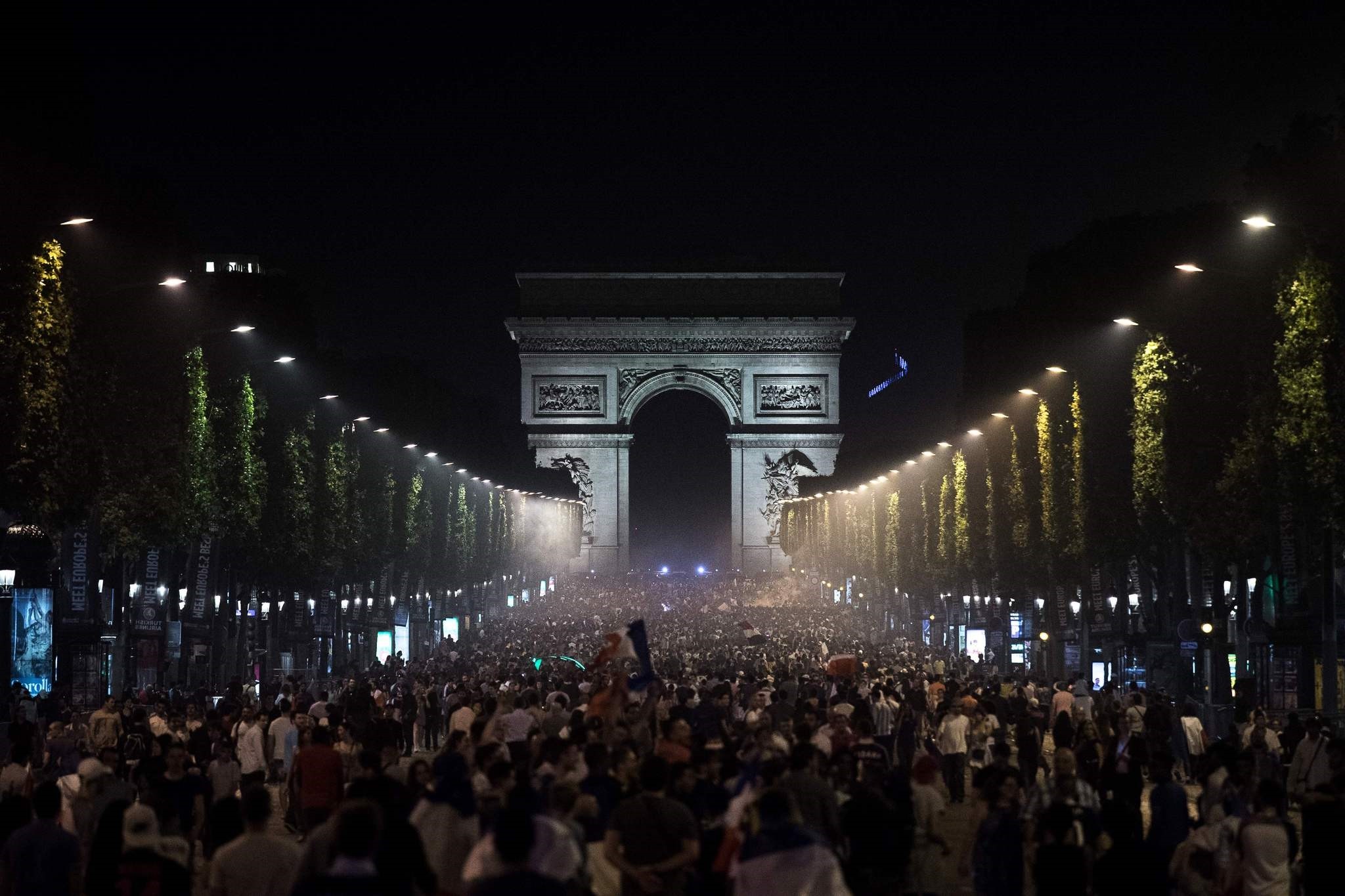 The Paris prosecutor says the Champs-Elysees attacker had a note defending the Daesh terrorist group with him when he opened fire on police officers.

Anti-terrorism prosecutor Francois Molins said during a news conference Friday that the note apparently fell out of the pocket of Karim Cheurfi, a 39-year-old with a criminal record.

Molins says the note praised Daesh and listed the addresses of security sites.

The extremist group claimed Thursday's attack in which one police officer was killed. Cheurfi was shot and killed by officers.

Molins said Cheurfi had a long police record, notably for trying to attack police in the past. The prosecutor said Cheurfi was arrested in February, but later released for lack of evidence of a threat.

Cheurfi, 39, was described as an oddball by his neighbours in the multi-ethnic suburb of Chelles east of Paris, about a 30-minute train ride from the centre of the City of Light.

"Everyone knew him here," said one resident in the quiet area where Cheurfi lived with his mother. "It was someone who had lost all reason, who was psychologically very damaged," said the resident, asking not to be named.

Another local man, Salim, described him as "nuts" and someone never seen at the local mosque, while fellow resident Abdel said Cheurfi had been influenced by his repeated experiences in prison.

"He hated the police and France," 23-year-old Abdel said, yet he found it hard to believe he was linked to Daeshp, which claimed the attack a few hours after the shooting on Thursday evening.

Salim, who said he knew Cheurfi's cousin, said the gunman "could hardly use a remote controller for the television. Go on the internet and contact Daesh? I can't see it."

After shooting a policeman dead with an automatic weapon and injuring two others on Thursday night, Cheurfi was killed in return fire.

Cheurfi had a long criminal record that dates back to at least 2001 when he was involved in an accident southeast of Paris while driving a stolen car.

After being pursued by a police officer and his brother, he seriously wounded the two men after shooting with a revolver he was carrying.

Two days later, after being arrested, he grabbed the gun of a policeman while in custody and tried to kill him.

He received a 20-year jail term on three counts of attempted murder, reduced to 15 years on appeal in February 2005, but was released early from prison in 2013.

Three months later, he committed a violent robbery which culminated in another car chase with police.

In July 2014, he was sentenced to four years in prison, but the last two years were suspended. He was released in 2015.

"At the time there was no sign he had been radicalised," his lawyer, Jean-Laurent Panier, said. "It was someone very solitary and introverted. He talked very little, didn't even defend himself."

A police source told AFP that after he was released in 2015, he slipped under the radar. "We had a few things on him, but nothing massive," said the source, asking not to be named.

This changed in February of this year when he was arrested again, this time on suspicion of wanting to attack security forces. He was released the next day for lack of evidence.

Since March he was the subject of an investigation by French anti-terror police but had not been flagged as an "S-File" by the security forces -- the term used for extremists.

There are an estimated 10,000 people flagged as extremists in France and security forces say their resources enable them to monitor and mount surveillance of only a limited number.

On Tuesday, police arrested two men in the southern port city of Marseille with an arsenal of weapons and explosives.

The suspects, who met in prison and are suspected Islamic extremists, are thought to have been preparing an attack to disrupt France's two-stage presidential election which gets underway this Sunday.

French authorities claim they have thwarted on average one plot every month since December 2015 when a wave of violence began.

In January 2015, gunmen targeted the Charlie Hebdo satirical magazine and a Jewish supermarket, which was followed by atrocities around Paris including at the Bataclan concert hall in November of the same year.

In July 2016, a self-radicalised extremist drove a truck through crowds watching fireworks in the southern city of Nice, killing 86.