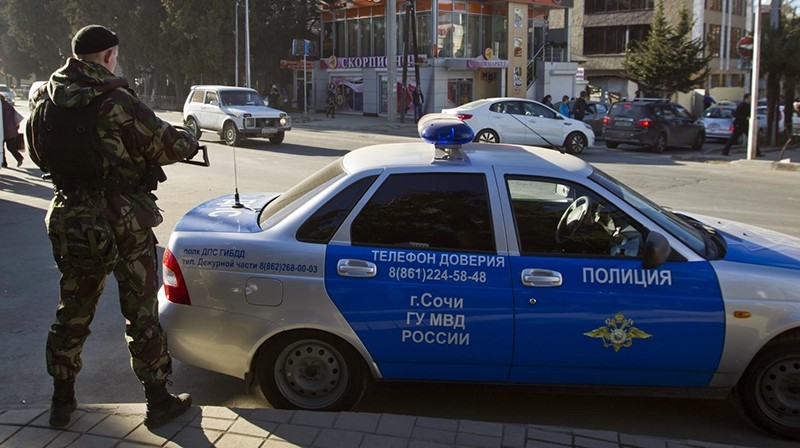 The two men were killed in a firefight late Friday after they opened up on officers when their car was stopped during a security sweep near a village in the Stavropol region in southern Russia, the National Anti-Terrorism Committee said in a statement to Russian news agencies.

"One of them was the head of the cell and had undergone training in Daesh camps before coming to Russia to carry out terror attacks. The other was an active member of the cell," the statement said.

"The security agencies have information that these bandits intended to conduct a range of terrorist crimes, including killing religious figures and other civilians."

Moscow is fighting a lingering terrorist insurgency in the North Caucasus, a region that has provided a steady stream of fighters for terrorist groups battling in Iraq and Syria.

Russia is on edge after an alleged suicide bombing in the Saint Petersburg metro on April 3 left 15 people dead. No one has claimed responsibility for the attack.

Daesh did claim a gun attack Friday on an office of the FSB security agency in the fareastern city of Khabarovsk that left two dead.

But Russian investigators insist that the attacker was a young man with ties to neo-Nazis and said there was "no evidence confirming an affiliation to any international terrorist organisation".