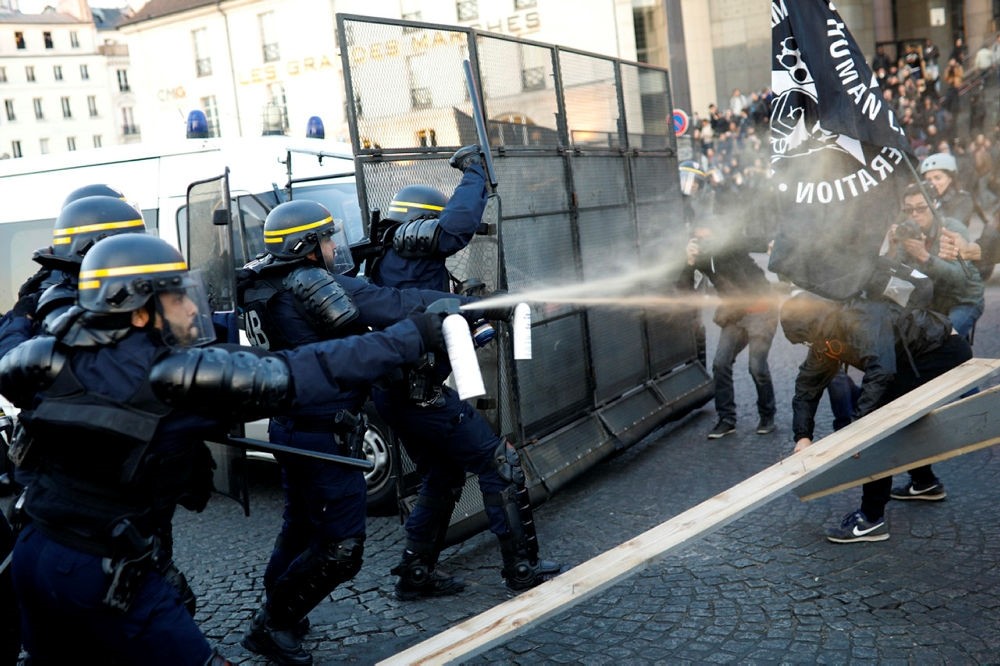 A Paris police official says that no injuries have been reported in scuffles between protesters and police at the Place de la Bastille.

Protesters have waved red flags and sung "No Marine and No Macron!" in anger at the results of Sunday's first-round presidential election.

Later, around 300 people gathered at a peaceful protest at nearby Place de la Republique, waving red flags and dancing around the flames of a bonfire.

Some sang "Now burn your electoral cards" or "No Marine and No Macron!," referring to centrist Emmanuel Macron and far-right leader Marine Le Pen, who topped the first-round vote and advance to the May 7 runoff.