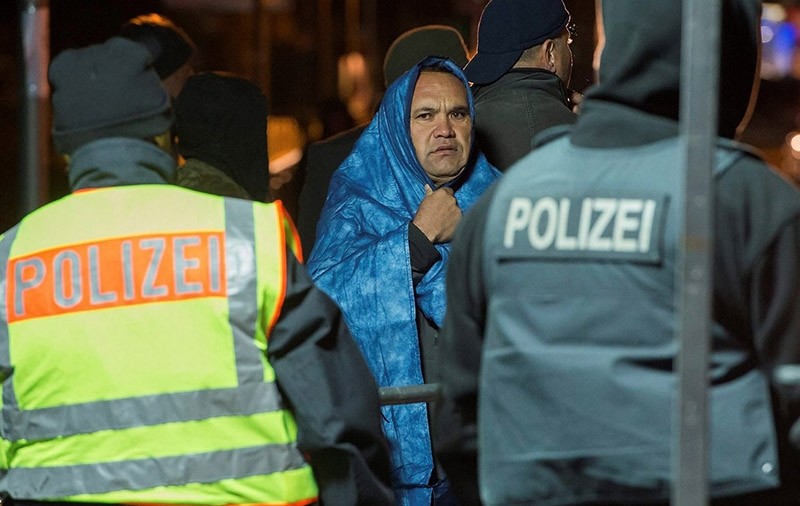 An Afghan refugee wrapped in a blue blanket to protect himself against the cold waits to cross into Germany. (File Photo)
by Apr 25, 2017 12:00 am

A charter plane carrying 14 rejected Afghan asylum seekers arrived in Kabul on Tuesday morning, in what is the fifth group deportation from Germany since December of last year.

Tuesday's 14 deportees means that 107 Afghan asylum seekers in total have now been sent back to Afghanistan from Germany, since Berlin and Kabul agreed on a deportation deal in October.

One man, Obaidullah Disan, from Afghanistan's restive eastern Kunar province, told dpa that there were five German officers assigned to each deportee on the plane.

Disan, who lived in Germany for seven years, said he was picked up from where he was working at a fast food restaurant in Munich by four police officers, before being put in a detention centre for three days and then deported to Afghanistan.

"I don't know what to do here, what have I come to and what my future will be," Disan said, while waiting for family members to arrive.

His family was only notified Monday night by Disan that he was coming, he said.

According to the Interior Ministry, some 11,900 Afghans are living in Germany though their asylum requests have been denied. Some 10,300 of them have been granted tolerated residence status.