French police and protesters clash in Paris during May Day march 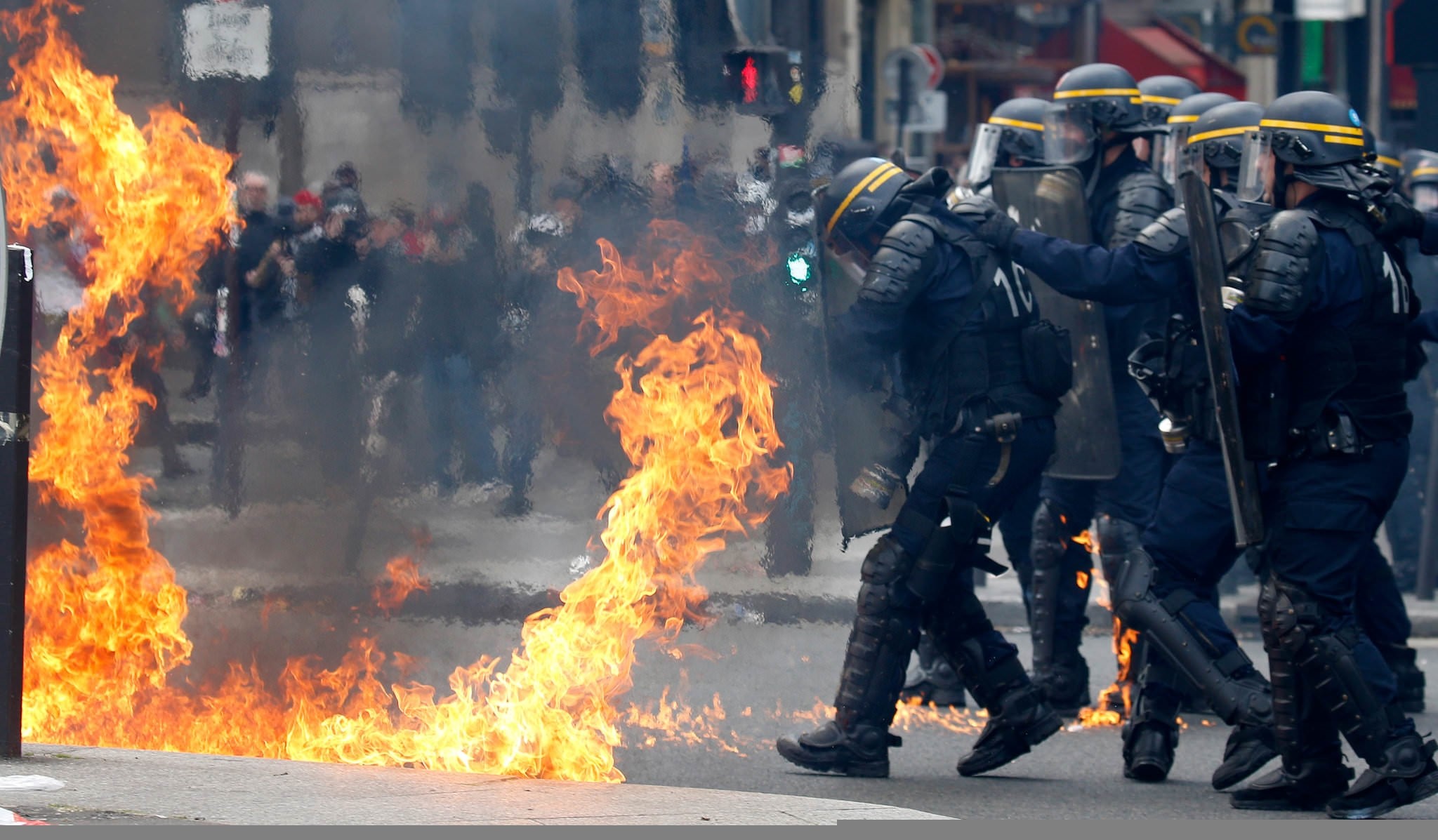 rench CRS riot police protect themselves from flames during clashes. (REUTERS Photo)
by May 01, 2017 12:00 am

Police are firing tear gas at rowdy protesters on the sidelines of a May Day workers' march in Paris.

Scores of hooded youth threw Molotov cocktails at security forces who fired back with tear gas during the march on Monday.

The annual march to celebrate workers' rights this year included calls to block far-right presidential candidate Marine Le Pen from winning the presidency during a runoff election on Sunday.

Video showed riot police surrounding the protesters disrupting the march after isolating most of them from the rest of the crowd near the Place de la Bastille. However, some continued to lob firebombs that exploded into flames in the street.

It was not immediately clear if anyone was injured in the incidents.