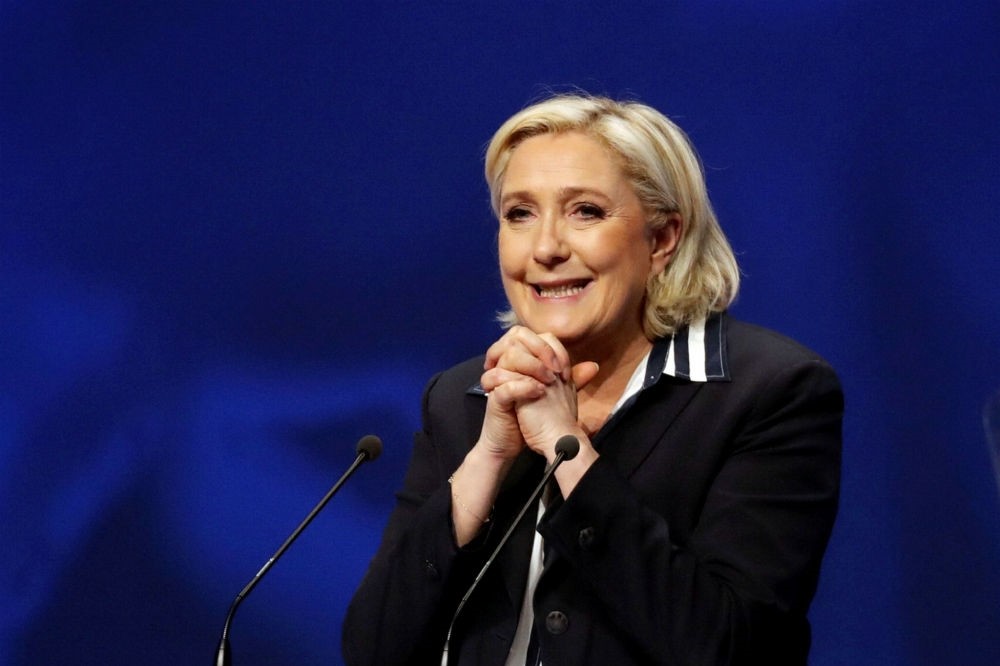 The similarities between the speeches were apparently first picked up by a YouTube channel called RidiculeTV, which has previously focused mainly on satirizing centrist candidate Emmanuel Macron and is reportedly close to Fillon.

The channel published a 97-second video juxtaposing the two candidates as they pronounced the same phrases, many of them word for word.

French newspapers and media all highlighted the similarities between Le Pen's speech at her rally on May 1 and one by Fillon given on April 15 before he was knocked out of the presidential contest.

In a speech to her supporters at a rally north of Paris on Monday, Le Pen - who faces centrist frontrunner Emmanuel Macron in a final, run-off vote on May 7 - spoke of France's long and proud history and the country's roots in western Europe.

Le Pen also described France's borders and ties with "Italy, our sister" - again a phrase used in Fillon's April 15 speech. Le Pen also evoked a quote from early 20th century French Prime Minister Georges Clemenceau, which had Clemenceau stating: "Once a soldier of God, and now a soldier of Liberty, France will always be the soldier of the ideal." That Clemenceau quotation was also used, word-for-word, by Fillon at his April 15 rally.

Aides of French far-right presidential candidate Marine Le Pen brushed off criticism of her use of phrases lifted straight from a speech by conservative rival Francois Fillon in her May Day address to supporters.

Florian Philippot, deputy leader of Le Pen's anti-European Union, National Front (FN) party, said the party "completely owned up" to the fact that the speech resembled one by Fillon a month ago - similarities that were mocked by her opponents on social media overnight.

Le Pen's campaign manager David Rachline also played down plagiarism accusations, painting her speech as a form of tribute to Fillon. The reference "was appreciated, including by all of Mr Fillon's supporters," Rachline told France 2 television.
RELATED TOPICS