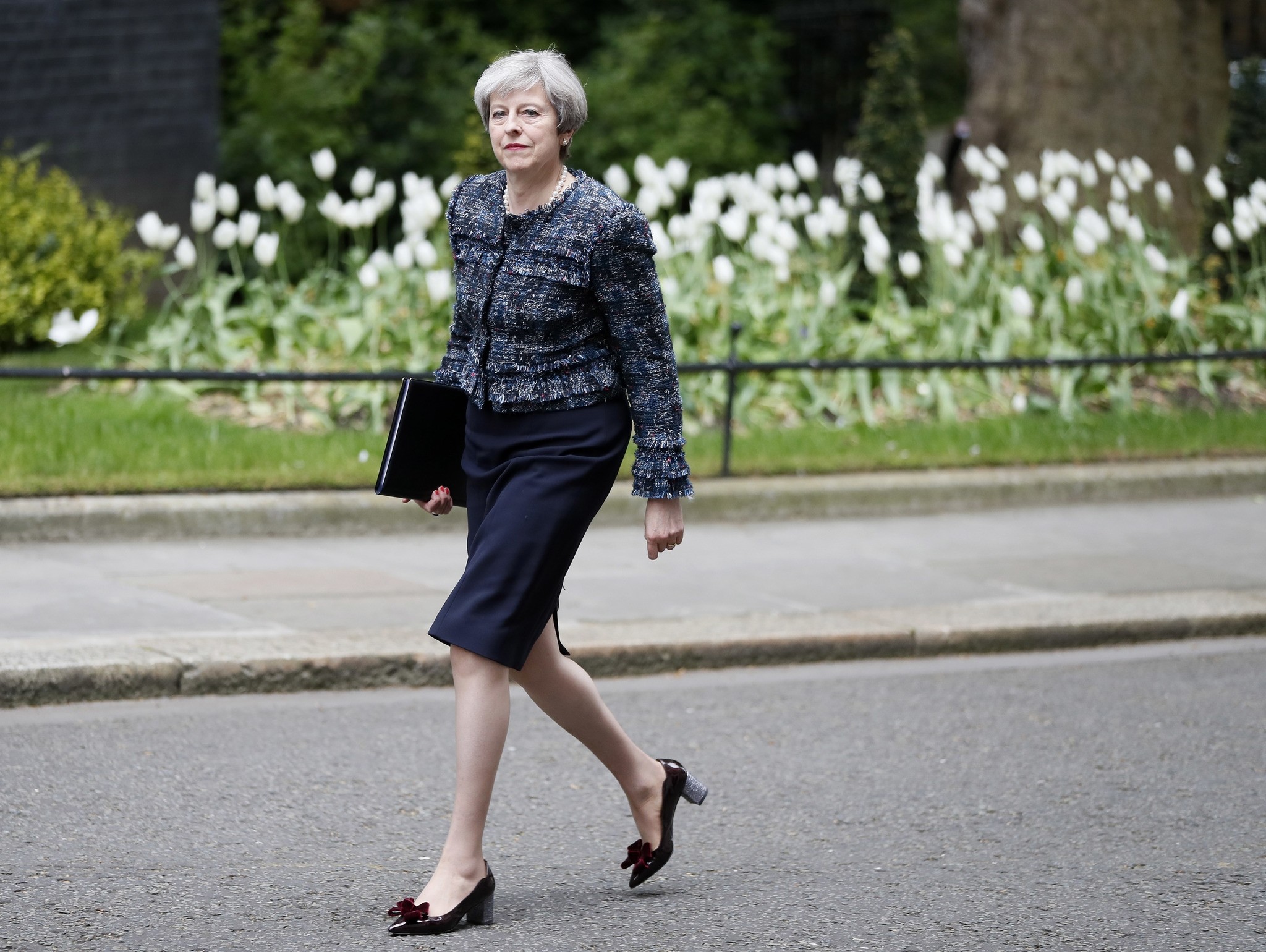 Prime Minister Theresa May accused Brussels on Wednesday of trying to influence next month's election with "threats against Britain" over Brexit talks, as the two sides traded blows over the country's exit bill.

May fired off her broadside after the bloc's Brexit negotiator Michel Barnier warned that the negotiations on Britain's divorce from the EU would not be quick or painless.

She said the hardening of the European Commission's stance was "deliberately timed to affect the result" of the snap June 8 general election.

Speaking outside her Downing Street office, May said there were some on the European Union side who "do not want these talks to succeed".

May's Brexit strategy has come under fire following reports of a disastrous meeting with European Commission president Jean-Claude Juncker, who reportedly emerged from the encounter deeply pessimistic about the prospect of a deal.

She initially dismissed it as "Brussels gossip", but on Wednesday came out fighting, saying Britain's negotiating position had been "misrepresented" in the European press.

"The European Commission's negotiating stance has hardened. Threats against Britain have been issued by European politicians and officials," she said.

"All of these acts have been deliberately timed to affect the result of the general election."

The Conservative leader called the snap election last month to increase her mandate going into the negotiations, which will begin after the vote.

Tensions were further raised by a Financial Times report suggesting the EU was drawing up an exit bill for Britain of up to 100 billion euros ($110 billion).

In Brussels, Barnier refused to give an overall figure but said there was "no punishment" for Britain. Any payment would be "only about settling the accounts" after four decades of membership.

But he warned: "Some have created the illusion that Brexit would have no material impact on our lives, or that negotiations can be concluded quickly and painlessly. This is not the case."

He warned that the "clock is ticking" for a settlement, saying there had been "10 months of uncertainty" since Britain narrowly voted in June to leave the EU, the first country to do so.


'Nothing to be paid'

Barnier's proposed negotiating mandate closely follows the political guidelines unanimously agreed at a summit on Saturday by the leaders of the other 27 EU nations without Britain.

It demands that before talks on a future trade deal can start, Britain must first settle divorce terms on money, the rights of EU citizens living in Britain, and the border with the Republic of Ireland.

May, who has promised to take Britain out of Europe's single market in order to control immigration, wants the talks to run in parallel.

She repeated her warning Wednesday that Britain could walk away from the negotiations, although she said: "We want a deal."

Her Brexit minister David Davis, who is likely to be the man opposite Barnier during the talks, issued a similar warning.

"We will not be paying 100 billion," he told British media. "In the walk-away circumstance there is nothing to be paid."

His comments drew a rebuke from Juncker, who said: "I don't think that David was right when he was threatening that he would be ready to go out.

"My experience in politics always was that those who are going out have to come back."

The German newspaper Frankfurter Allgemeine Zeitung said Juncker left his dinner with May in London last week "10 times more sceptical" about the prospect of a Brexit deal.

He reportedly told German Chancellor Angela Merkel that May was in a "different galaxy", and the next day she warned Britain to have no "illusions" about the deal it could achieve.

The EU says Britain must cough up for financial commitments made during its membership, including for the EU's budget until 2020, a year after it leaves the bloc.

Barnier said that while there was no overall figure at the moment, calculations would be based on "rigorous methodology".

He said he hoped to get the divorce phase over by October or November so he could move on to trade talks.

The EU says it needs to wrap up all talks by October 2018 to get any Brexit deal through the European Parliament in time for Britain's scheduled departure from the EU on March 29, 2019.