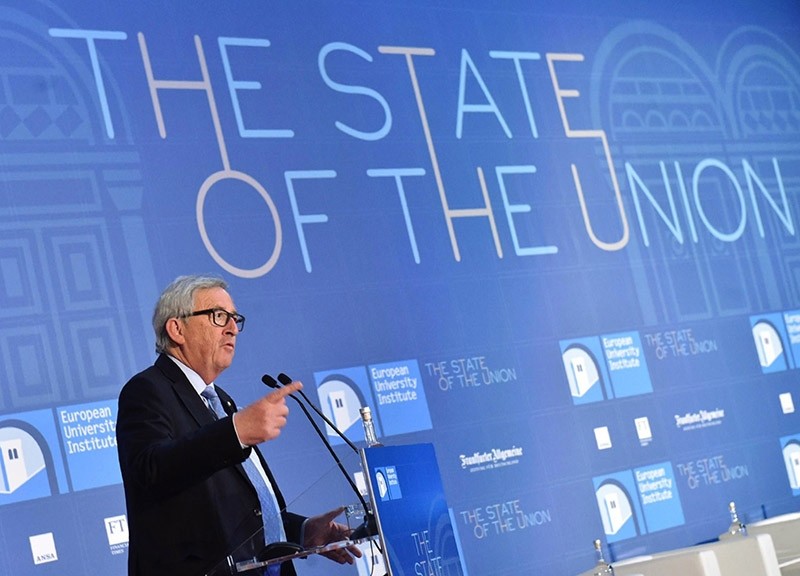 European Commission President Jean-Claude Juncker took a swipe at Britain on Friday, saying he preferred to give a speech in French because English was becoming less significant.

"Slowly but surely English is losing importance in Europe," Juncker told a conference in the Italian city of Florence, drawing laughter and applause from his audience of EU officials, local leaders and Italian students.

Juncker speaks a number of European languages fluently but regularly speaks English at international gatherings. He said he also wanted to speak French to be better understood in France ahead of Sunday's final presidential election round.

The conference, on the state of the European Union, comes at a time of tensions between Brussels and Britain ahead of the opening of formal negotiations over Britain's withdrawal from the 28-nation bloc.

Juncker said Britain's decision to leave was "a tragedy".

"We will negotiate fairly with our British friends, but let's not forget that the EU is not abandoning the United Kingdom. It is the other way around. And that will make a difference in the years ahead."

British Prime Minister Theresa May accused European politicians and officials on Wednesday of seeking to sway the outcome of a June 8 national election in Britain by issuing threats over Brexit.

A German newspaper at the weekend gave a damning account of a dinner last week between May and Juncker, reporting that he had told May that Brexit could not be a success.

The president of the European parliament, Antonio Tajani, told the Florence conference that no one was looking to undermine May, who says she called the snap election to strengthen her hand in the Brexit negotiations.

"No one wants to interfere in the British elections. Rather, we are happy that at the start of this process there will be a stable government with a mandate to resolve this problem," Tajani said.

Tajani said his main concern was to see that the rights of some three million EU citizens living in Britain were preserved.

Juncker acknowledged that the European Union had its "weaknesses" and was partly to blame for the British decision to abandon ship. But he said the bloc's successes, including helping maintain peace between nations, were often overlooked.

"We are criticised, torn to pieces, but elsewhere in the world we are admired," he said. "We have overcome decades, centuries of bloodshed."

The Commission's chief Brexit negotiator, Frenchman Michel Barnier, was due to give a speech later in Florence focusing on the question of citizens' rights. Organisers say he is expected to speak in English.