Macron vows to 'rebuild links between Europe and France' 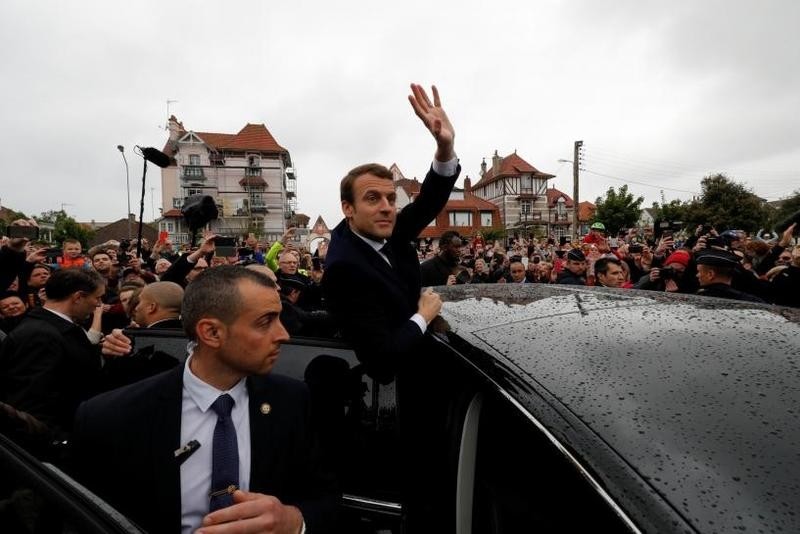 Emmanuel Macron has thanked his supporters and promised to work for 'rebuilding links between Europe and French citizens' after winning the French presidential election in a landslide vote.

"I know the anger, the anxiety, the doubt, that you have expressed," he said in a message addressing those who had voted for his far-right rival Marine Le Pen.

"I will fight with all my strength against the divisions that are undermining us," he said in a solemn address at his campaign headquarters.

Macron's victory marked the third time in six months — following elections in Austria and the Netherlands — that European voters shot down far-right populists who wanted to restore borders across Europe.

The election of a French president who championed European unity could strengthen the EU's hand in its complex divorce proceedings with Britain, which voted last year to leave the bloc.

Many French voters backed Macron reluctantly, not because they agreed with his politics but simply to keep out Le Pen and her far-right National Front party, which is still tainted by its long anti-Semitic and racist history.

Macron now becomes not only France's youngest-ever president but also one of its most unlikely. Until now, modern France had been governed either by the Socialists or the conservatives — but both Macron and Le Pen upended those political traditions.

Unknown to voters before his turbulent 2014-16 tenure as France's pro-business economy minister, Macron took a giant gamble by quitting the government of outgoing Socialist President Francois Hollande to run as an independent in his first electoral campaign.

In a first for postwar France, neither of the mainstream parties on the left or the right qualified in the first round of voting on April 23 for Sunday's winner-takes-all duel between Macron and Le Pen.

Despite her loss, Le Pen's advancement to the runoff for the first time marked a breakthrough for the 48-year-old. She had placed third in the 2012 presidential vote, underscoring a growing acceptance for her fierce anti-immigration, France-first nationalism among disgruntled voters.

Le Pen immediately turned her focus to France's upcoming legislative elections in June, where Macron will need a working majority to govern effectively.

"I call on all patriots to join us," she said. "France will need you more than ever in the months ahead."

Le Pen said she got 11 million votes. If confirmed, that would be double the score of her father, National Front co-founder Jean-Marie Le Pen, at the same stage in the 2002 presidential election.