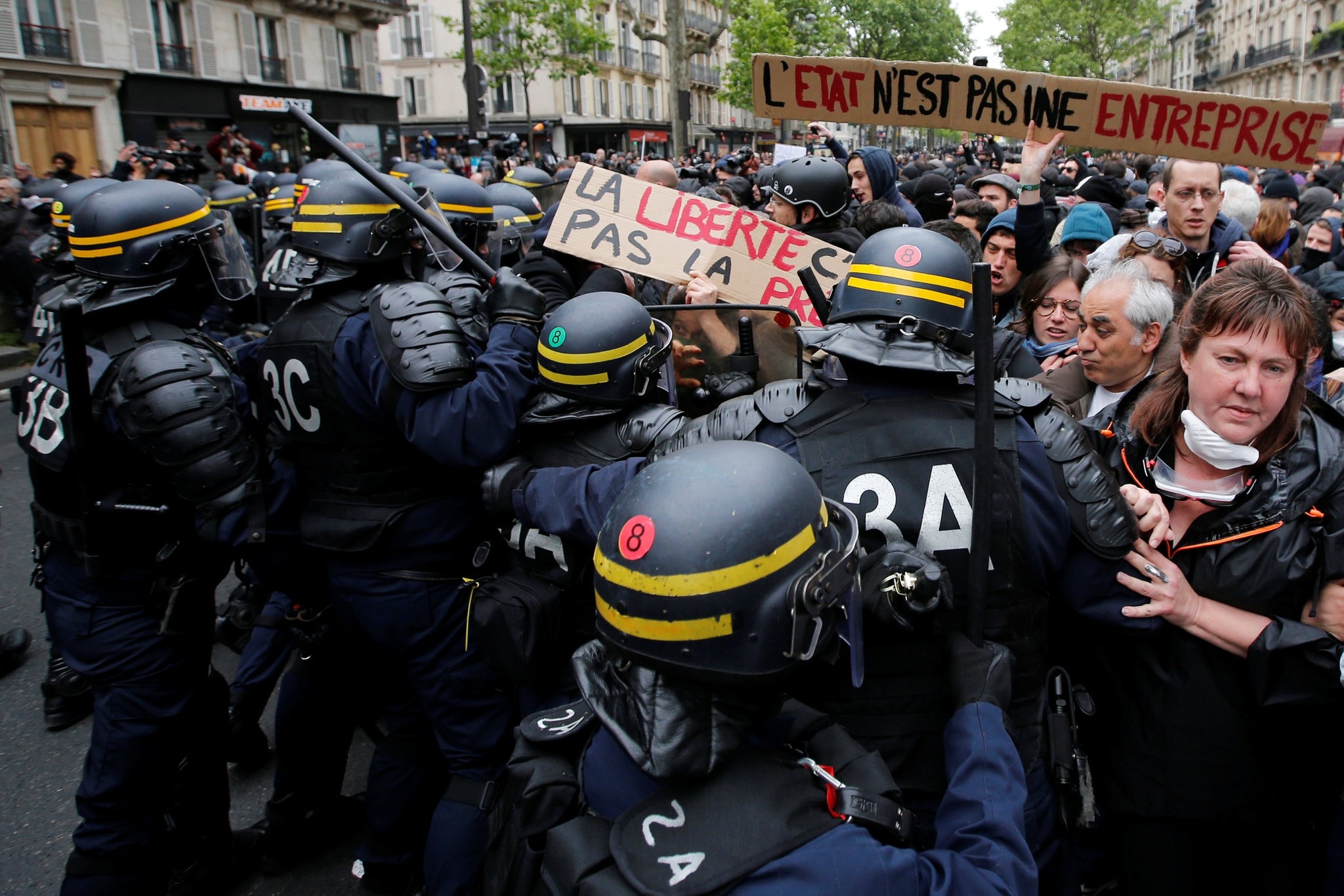 Those detained in Menilmontant, a north-eastern district of Paris, were accused of offences ranging from throwing missiles at the police to damaging property.

The demonstrators were protesting both against Macron - criticized by many on France's far left as a member of a discredited elite in thrall to global capitalism - and against his defeated far-right nationalist rival, Marine Le Pen.

Macron beat Le Pen by 66 percent to 34 on a platform of market-friendly reform and closer European integration.

However, an abstention rate of over 25 percent, and the fact that more than 11 percent of those who turned out chose neither candidate, pointed to a high degree of disillusionment with the choices on offer in the runoff.

The hardline leftist CGT labour union planned a demonstration in the capital later in the day against the kind of liberal economic policies that Macron espouses.