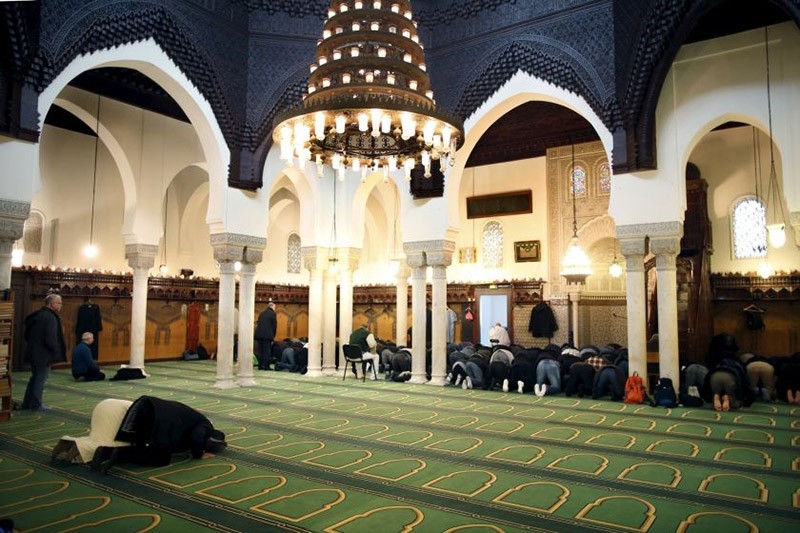 The Grand Mosque of Paris welcomed on Sunday the victory of centrist Emmanuel Macron in the presidential election and his win over far-right leader Marine Le Pen.

The polls placed Macron first with 63.10 percent ahead of Le Pen who got 36.90 percent of the votes in the run-off round. The initial percentages can change slightly as the rest of the votes are counted.

The election of Macron is a "sign of a France reconciled with all its spiritual and religious components in order to respond in unity to the threats of division which weigh upon the nation," the Grand Mosque of Paris said in a statement.

"It is a clear sign of hope for French Muslims that they can live in harmony and within respect of the humanist, patriotic, democratic and secular republican values," it added.

Following the April 23 first round, Dalil Boubakeur, the rector of the Grand Mosque of Paris, urged the country's nearly five million Muslims to "vote massively" to elect Macron, to "choose among the candidates the one who defends fraternity among citizens, not discord or hatred."

The official results would be announced on May 10 by the President of the Constitutional Council, Laurent Fabius.

Macron will formally take office by mid-May and has to prepare for a two-round legislative elections in June.

U.S. President Donald Trump congratulated Macron "on his big win", saying on Twitter he looks "very much forward to working with him."

"She expressed her appreciation for his stance during the campaign for an open-minded and united European Union," Seibert said in a press release.

"The decision of the French electorate is also a clear commitment to Europe," he added.

Merkel underlined traditionally good friendship between Germany and France, and expressed her willingness to closely work with Macron in a spirit of trust.

"Congratulations to French President-elect Emmanuel Macron and the French people. I wish you every success in your new role," Sall tweeted shortly after the results were announced. "I am looking forward to continuing and strengthening with you the privileged links between Senegal and France, two countries linked by strong relations of friendship and cooperation, based on shared values and mutual trust," he added.