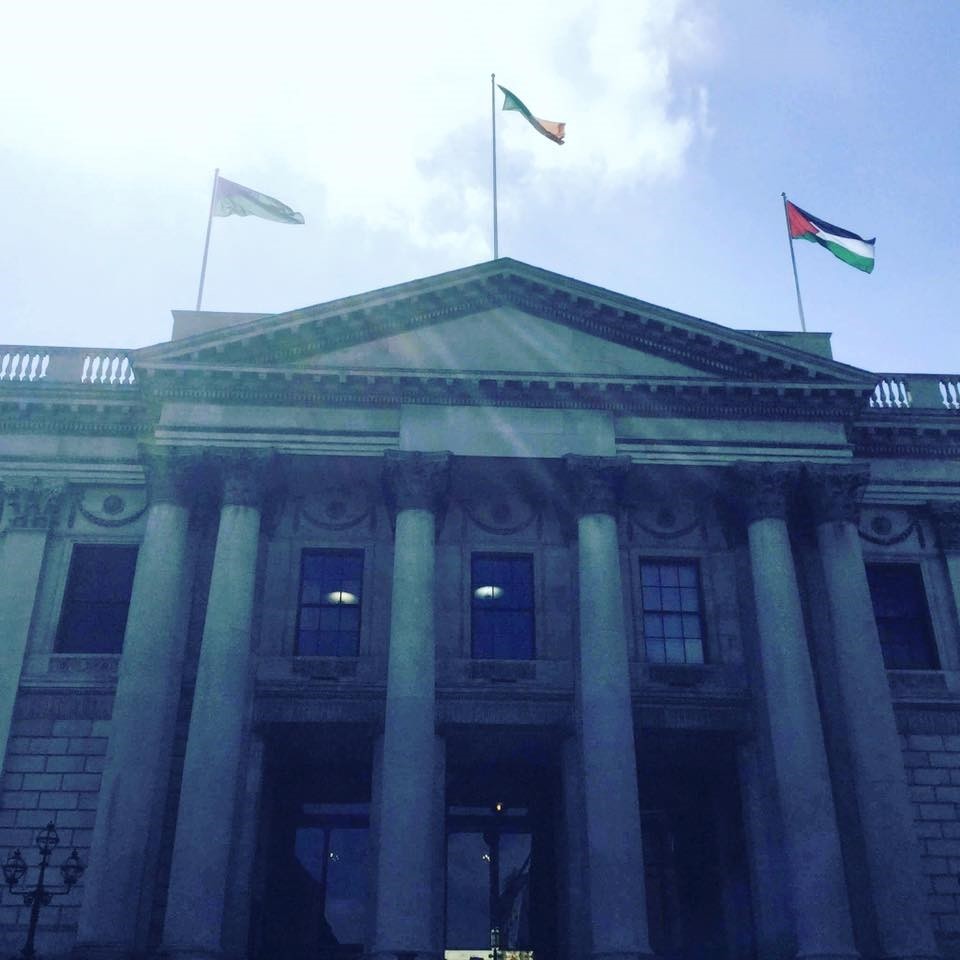 The Dublin City Council has made the decision to fly the Palestinian flag over its building for the remainder of this month, which coincides with the May 15, Nakba Day.

The council's motion stated that the flag would be flown "as a gesture of our solidarity with the people of Palestine living under occupation in the West Bank and Gaza, with the Palestinian citizens of Israel denied basic democratic rights and with the over 7 million displaced Palestinians denied the right to return to their homeland."

John Lyons, a member of left-wing People Before Profit Alliance, proposed the gesture. According to Lyons, the purpose of raising the Palestinian flag was to show support to Palestinians who are living under a form of "apartheid, much worse than South Africa."

The proposal was overwhelmingly supported during the vote with 42 in favor, 11 opposed, and seven abstentions.

The Ireland-Palestine Solidarity Campaign (IPSC), in turn, welcomed the announcement and thanked the councilors.

"The refugees created during this ethnic cleansing and their descendants now number in the millions, and they all are shamefully still denied their internationally mandated Right of Return to their homeland," IPSC chairperson Fatin Al-Tamimi said.

Palestinians mark their expulsion from their homes and land on Nakba Day each year on May 15, the day that follows Israeli declaration of independence in 1948.