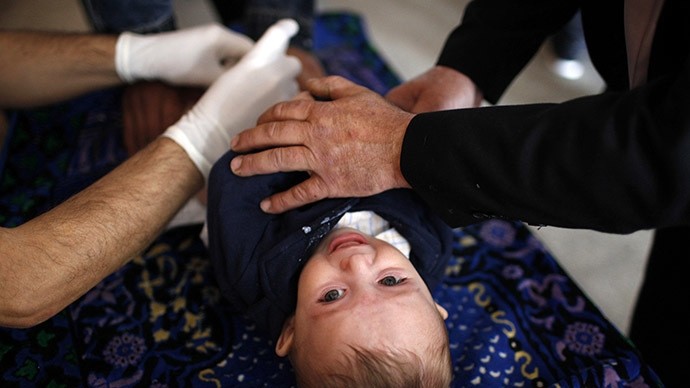 Norway's anti-immigrant and libertarian Progress Party (FrP) voted on Tuesday to ban circumcision for boys under 16 and bar hijabs in public schools.

The decisions were taken in the national annual conference of the FrP, in which the advocates of the circumcision ban claimed it causes "mental and physical harm to children."

Norwegian premier Erna Solberg is the head of a coalition between the Conservatives and the Progress Party.

The third largest party FrP has 29 of the 169 seats in the Norwegian parliament.

Meanwhile, the leader Siv Jensen, in an interview to Norwegian newspaper Aftenposten, said that she was against forbidding circumcision.

Responding to antisemitism accusations, Ms Jensen said that the move "is not designed to target minorities" and that her party has "consistently defended Israel."

"This is very sad. They [the Progress Party] must know they won't get a majority for this in Parliament. It seems like they want to send a signal that we are unwelcome in the country," Ervin Kohn, a Jewish community leader in Norway, told Aftenposten.

"We experienced a similar situation in Germany as well. They also proposed to ban circumcision for boys under 16, then we and the Jewish diaspora opposed it. As it is a religious obligation for Jews to circumcise their children on the eighth day after birth, they had to back track on the proposal," he said.

"This is a [serious] blow to religious freedom," he added.