UN climate talks begin in Germany amid uncertainty over US stance 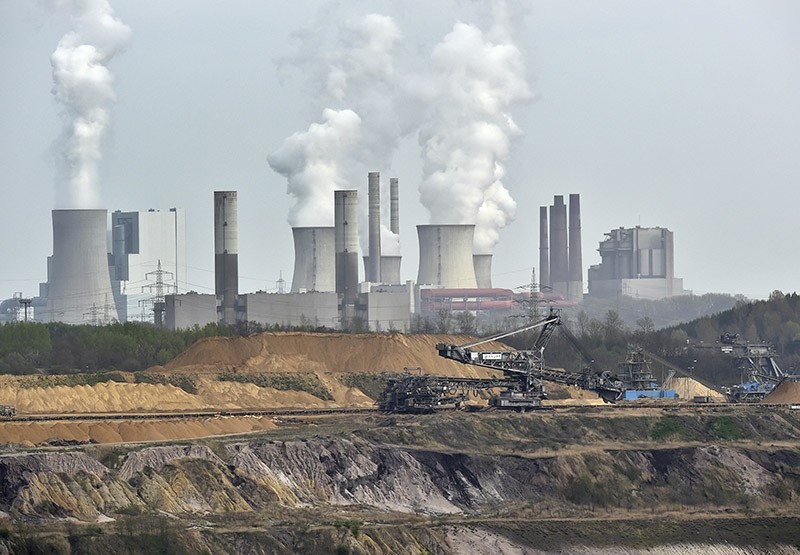 In this April 3, 2014 file photo giant machines dig for brown coal at the open-cast mining Garzweiler in front of a smoking power plant near the city of Grevenbroich in western Germany. (AP Photo)
by Compiled from Wire Services May 09, 2017 12:00 am

Despite uncertainties about whether the United States will remain committed to the Paris climate accord under President Donald Trump, envoys convened talks Monday in Germany on implementing the details of the deal to combat global warming.

During ten days of talks in the western city of Bonn, officials will try to agree on how to implement the 2015 Paris Agreement to cut carbon emissions, a treaty that former U.S. President Barack Obama's government played a leading role in forging.

The Paris accord calls for limiting the global average temperature increase since the industrial revolution to 2 degrees Celsius (3.6 degrees Fahrenheit) or less — a goal that has been called ambitious.

Patricia Espinosa, head of the U.N. Framework Convention on Climate Change that is hosting the Bonn talks, said it was important to make progress on the nuts and bolts of the agreement before November's annual climate summit. Her agency's budget is also up for discussion.

Espinosa refused to comment on the impact of a possible U.S. withdrawal from the talks or even the entire climate change accord.

"I would rather wait until a decision has been taken," she said.

Trump and his top climate and economic aids will kick-off discussions in earnest on Tuesday in the U.S., a senior administration official said, adding that "they are meeting tomorrow at 1.30 pm".

David Balton, the U.S. deputy assistant secretary for international environmental affairs, said Monday: "The last thing I heard is that the president, our president, has indicated that he plans to make a decision some time over the next couple of weeks, but not this week."

A total of 196 countries are now parties to the climate deal, clinched in 2015 after years of tough bartering, which Trump threatened to "cancel."

The U.S. did send a delegation to the talks, led by Obama-era negotiator Trigg Talley, who declined to comment on their brief.

A State Department official told AFP: "We are focused on ensuring that decisions are not taken at these meetings that would prejudice our future policy, undermine the competitiveness of U.S. businesses, or hamper our broader objective of advancing U.S. economic growth and prosperity."

Numerous speakers at a plenary session Monday stressed that the deal cannot be "renegotiated" -- a proposal of Trump's Energy Secretary Rick Perry.

Widely hailed as the last chance to stave off worst-case-scenario global warming, the Paris Agreement was savaged by a campaigning Trump, who called climate change a "hoax" perpetrated by China.

With the rest of the world waiting ever since, Trump has said he will make his decision before the next G7 meeting on May 26-27 in Sicily.

Salaheddine Mezouar of Morocco, who presided over the last high-level climate negotiations in 2016, said he trusted that "the good sense and pragmatic spirit President Trump and his team" would prevail.

"It would be difficult, crazy, to go against public opinion, against the domestic will, and the will of the international community," Mezouar said in Bonn.

Some fear a U.S. U-turn would dampen enthusiasm among other signatories for more efforts on emissions-cutting targets.