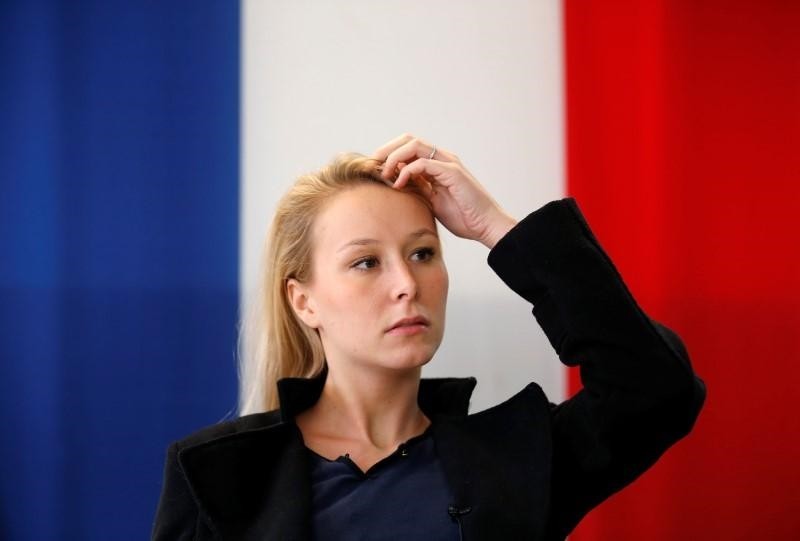 Marion Marechal-Le Pen had been seen as a rising star of the nationalist and anti-immigration National Front party. She is one of two lawmakers in the outgoing lower house of parliament affiliated with the party.

Marechal-Le Pen, 27, said in a letter published in a regional newspaper that she won't run for re-election in June to represent her southeast Vaucluse district.

The younger Le Pen called her decision a "heartbreak." She said she wanted to spend more time with her young daughter and been interested in working in civil society "for some time" because she "loves the world of business."

"I think the era of politicians disconnected from the real with decades of elective offices behind them is gone," she added.

Marechal-Le Pen, who is the granddaughter of National Front co-founder Jean-Marie Le Pen, is also said to be stepping down from a regional council where she leads the main opposition group.

On several occasions, Marechal-Le Pen found herself in political conflicts with her aunt and in disagreement with the policies of her party.

Marechal-Le Pen is regarded as more traditional and conservative than Marine Le Pen. In her vision, the ideological base of the National Front should be pro-business, conservative, Catholic and anchored in the defense of traditional values such as family.

In her letter, she suggested she would return to political life one day.

"I do not give up political fighting definitively," she said.