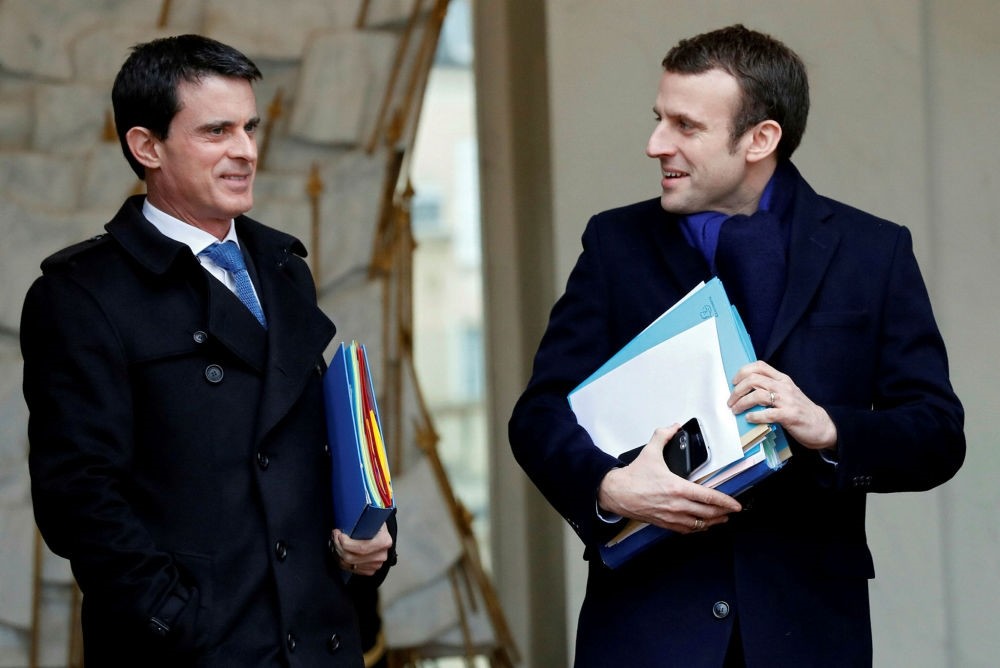 Valls, a high-profile politician on the pro-business right of the Socialist party, said on Tuesday he was interested in joining Macron - a move that has angered Socialist colleagues who are trying to prepare to fight the legislative elections after taking a beating in the vote for president.

The head of the En Marche! commission in charge of deciding on the movement's candidates told broadcaster Europe 1 that Valls "does not fulfil the criteria" to be a candidate.

"As of today, he [Valls] does not fit the criteria that would allow the investiture committee to take him on, so..., [until he joins] the national investiture committee that I preside over cannot consider the candidature of Mr. Valls," Jean-Paul Delevoye, who chooses Macron's party's candidates, told Europe 1 radio yesterday.

Valls, who was outgoing president Francois Hollande's premier until late last year, has also been harshly criticized by his own Socialist Party for his stance.

Macron served as economy minister under Valls between 2014 and 2016. But, anxious to preserve a balance between the center-left and center-right in his nascent political movement, Macron has been less than welcoming towards late arrivals from the Socialist Party.

Though Macron's party does not have any members in the current parliament, Macron and his aides are hoping to secure a majority in June to allow him to push through economic reforms to revive an economy beset by high unemployment and sluggish growth.

Macron's camp has said the names of Macron's 577 candidates for the legislative elections will be announced on Thursday.

Macron's team is being careful not to favor either side too heavily, and is especially wary of appearing too close to the deeply unpopular outgoing Socialist government.

The Republicans, the main center-right party whose candidate like that of the Socialists was eliminated in a first vote for president on April 23, were preparing on Wednesday to unveil a policy platform that softens some of the hardline measures it was proposing during the presidential campaign.
RELATED TOPICS