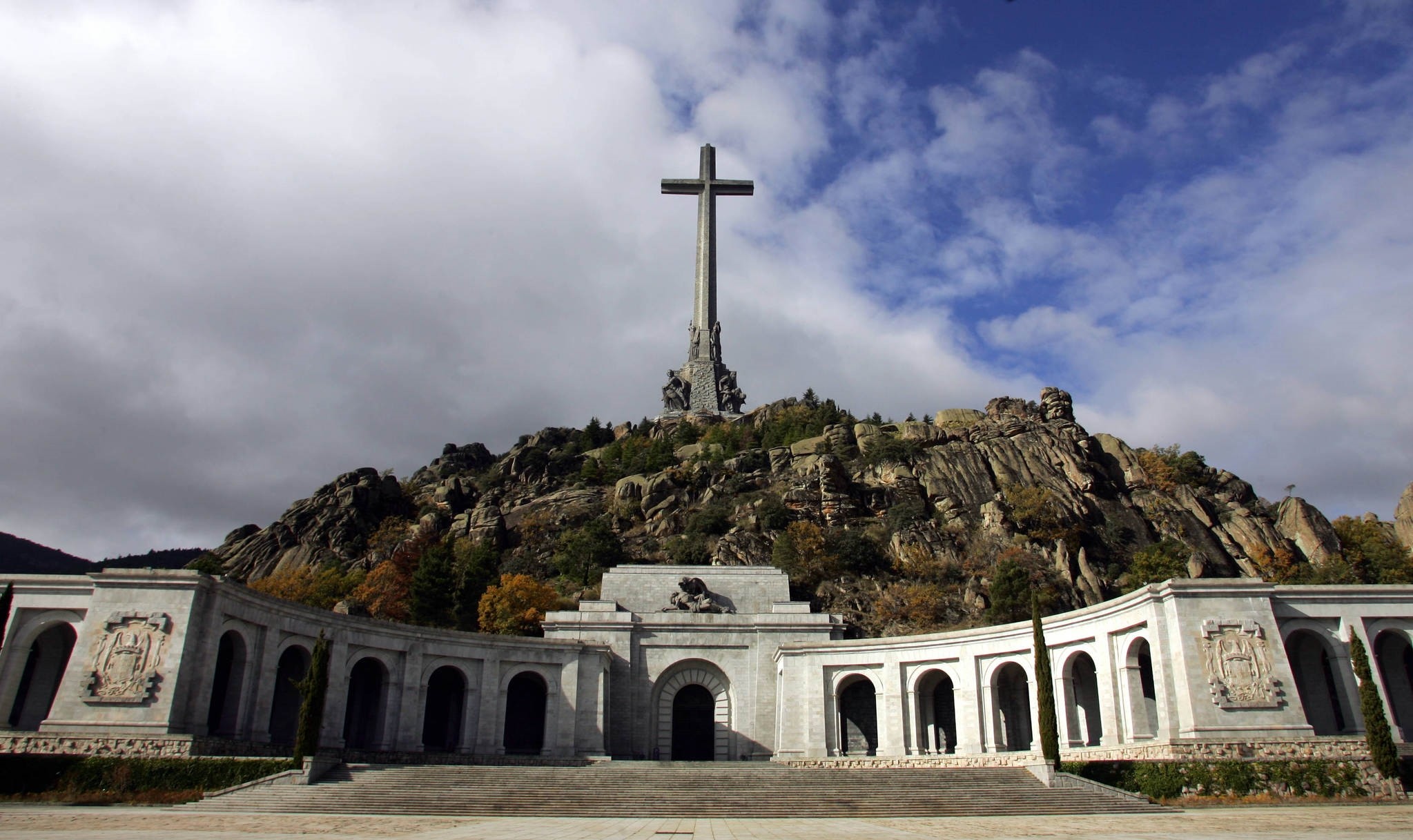 This photo taken on Nov. 13, 2005 shows a view of the Valle de los Caidos a monument to the Francoist combatants who died during the Spanish civil war and Franco's final resting place. (AFP Photo)
by Associated Press May 11, 2017 12:00 am

Spanish lawmakers on Thursday voted in favor of moving the remains of dictator Gen. Francisco Franco from the Valley of the Fallen mausoleum in central Spain, a measure that has long been rejected by the conservative governing Popular Party.

The 198-1 vote with 140 abstentions puts no obligation on the government. But it has reopened debate relating to one of Spain's most painful episodes, the 1936-39 Civil War and its aftermath.

The mausoleum, some 50 kilometers west of Madrid, is seen by many as a relic of Spain's dictatorial past.

The lawmakers also called for funds to remove remaining dictatorship symbols around Spain and to set up a commission to investigate the estimated 115,000 people still missing since the conflict, a recommendation backed by the United Nations.

In 2007, Spain's then-Socialist government passed a Historic Memory Law, the first time a Spanish government had condemned the nearly four decades of the Franco regime. It called on authorities to help to people locate the remains of missing relatives.

The Popular Party opposed the law but most of its deputies abstained in the vote indicating a slight change in its stance.

The Valley of the Fallen, with its 150-meter (500-foot) -tall cross that can be seen from miles away, was built by Franco as a tribute for those fallen during his so-called "glorious crusade" in overthrowing Spain's democratic republican government.

Anti-Franco prisoners worked digging the mausoleum out of the rock. Some 34,000 people from both sides are buried there but 12,000 of them, mostly republicans, have never been identified.

It is a popular tourist destination receiving some 300,000 visitor annually.

It was long used as a place of celebration for Franco anniversaries, but that was stopped by the 2007 law.

However, any efforts to have the dictator's bones removed or bodies of people buried there identified have had no real success.

Defenders say such moves would only open old wounds while proponents insist it's the mausoleum that keeps those wounds open.

The partially state-funded Francisco Franco Foundation, run by the late dictator's 90-year-old daughter, Carmen, has pledged to legally fight any moves to exhume her father's bones or have the site's function changed to be a civic memorial for all victims.

"There is no better symbol of reconciliation than the Valley of the Fallen, with the dead on both sides treated with dignity," claimed foundation spokesman Francisco Torres.

Critics compare the situation with Portugal, where late dictator Antonio de Oliveira Salazar is buried in a municipal cemetery, or Italy, where former fascist leader Benito Mussolini lies in a family crypt.

Emilio Silva, whose Association for the Recovery of Historic Memory was the driving force behind the 2007 law, says Spain has more in common with Russia, where Vladimir Lenin's embalmed remains are kept in Red Square.

Silva says Franco's mausoleum shows Spain "is still afraid of dealing with its past."