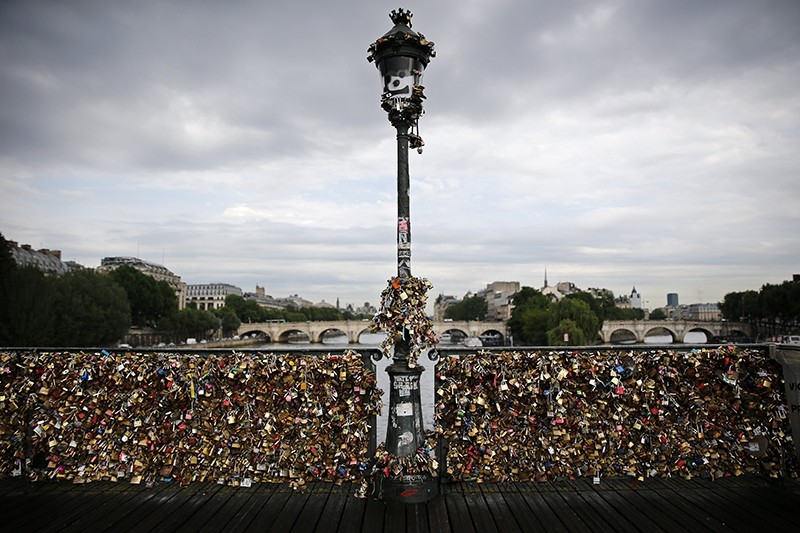 A benefit auction in Paris for refugee aid organizations was interrupted on Saturday after a gang of right-wing extremists burst into the room.

About 10 young men shouted "Illegal immigrants out!" and identified themselves as being members of the far-right, pan-European Identitarian movement, which advocates ethnic nationalism.

The men were removed from the room at the city's Municipal Credit Institute by security personnel and the auction continued.

Up for auction were around 150 lots of locks and 15 pieces of love-lock-covered railing that had been removed from the famous Pont des Arts bridge on the River Seine.

The locks are traditionally attached to the bridge by lovers looking to symbolize their bond. The items being auctioned were removed two years ago after part of the railings collapsed under the weight of the locks.