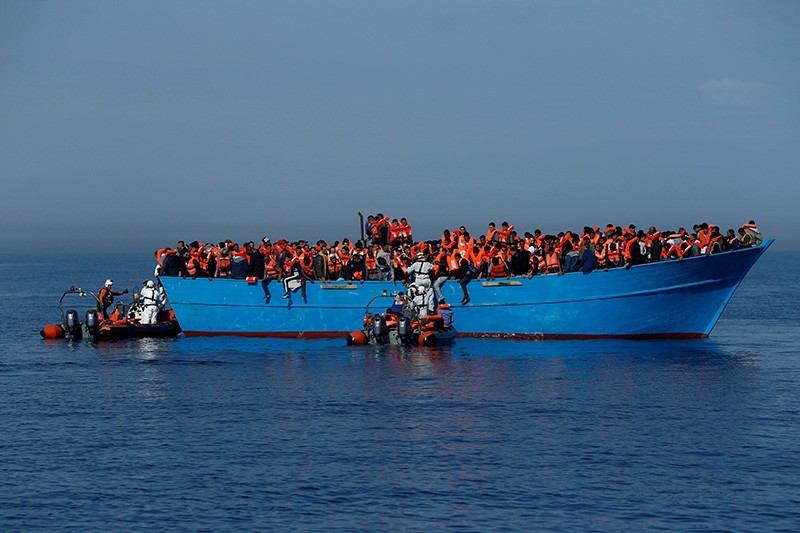 Migrants on a wooden boat are rescued by the Malta-based NGO Migrant Offshore Aid Station (MOAS) in the central Mediterranean in international waters off the coast of Sabratha in Libya, April 15, 2017 (Reuters Photo)
by May 14, 2017 12:00 am

Rescuers saved 484 migrants from boats in the Mediterranean on Saturday and found the bodies of seven men who had died in the attempt to get to Europe, Italy's coast guard said.

More than 45,000 people have reached Italy by boat from North Africa this year, a more than 40 percent increase on the same period of 2016, and 1,222 people are known to have died on the route, according to the International Organization for Migration.

The migrants were rescued from four separate rubber boats by the Italian coast guard and navy, an aid group and two private vessels, the coast guard said in a statement.

The coast guard gave no further details. Most sea-borne migrants to Italy are originally from Sub-Saharan Africa or Bangladesh, and pay Libya-based smugglers to organise their passage.