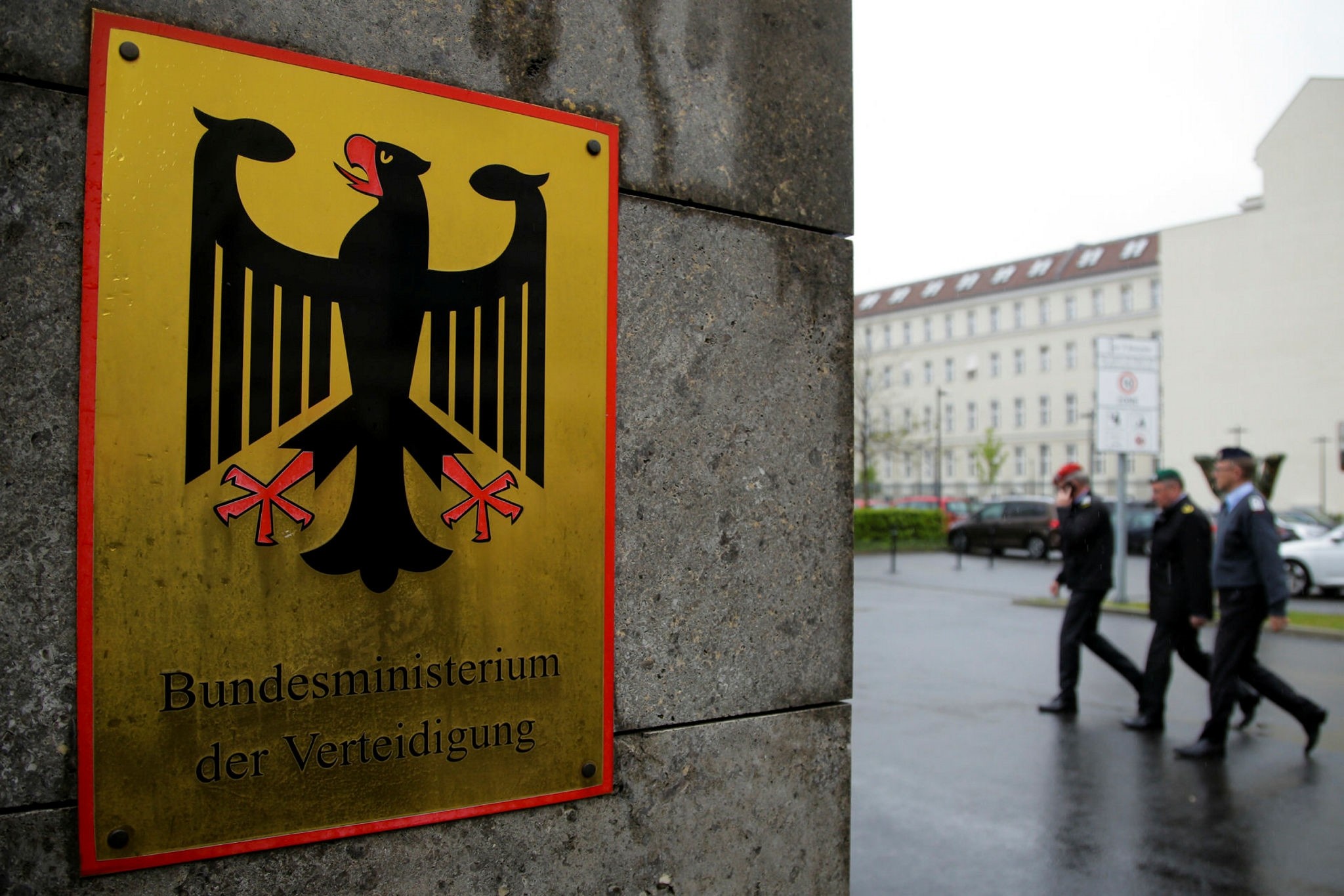 Bundeswehr officers entering the German Defense Ministry prior to a meeting between Defense Minister Ursula von der Leyen and about 100 top officers in Berlin, May 4.
by Daily Sabah with Wires May 15, 2017 12:00 am

Amid a widening scandal over fears of hardline racist views among soldiers in the Bundeswehr, the chief of staff of the German armed forces stated that a far-right plot was not taken seriously, and was damaging the German army's reputation

Franco A.'s racist activities were ignored for a long time by the army, Bundeswehr Chief of Staff Volker Wieker has said. In an interview with German newspaper der Spiegel, he stated, "The case of Franco A. was ignored for a long time, concrete tips were not taken seriously." He added that recent investigations damaged the German army's reputation both inside and outside the country.

The 28-year-old army lieutenant, Franco A., a Bundeswehr soldier stationed with a Franco-German brigade in Illkirch just across the border from Kehl, France, was arrested last month.

Franco A. came to the attention of authorities after his arrest in February while going to retrieve a pistol he'd stashed in a Vienna airport bathroom. He was freed, but Austrian authorities informed Germany. When the soldier's fingerprint matched the one he'd given when he registered as a refugee, it triggered the current investigation.

He is alleged to have managed to pass himself off as a Syrian refugee in the state of Hesse at the end of 2015 and was granted a place in a home for asylum-seekers, as well as state financial aid for migrants.

Although stationed with the Bundeswehr in France, he lived sporadically at the refugee home, and T. is alleged to have covered for him at times when he was absent from the barracks, prosecutors said. The subsequent investigation found that amid Germany's 2015 mass influx of refugees, he had created a fake identity as a Damascus fruit seller called "David Benjamin." Incredibly, the light-haired German who speaks no Arabic managed to gain political asylum, a spot in a refugee shelter and monthly state payments for his fictitious alter ego.

"Censoring the Bundeswehr's traditional songbook is paranoid," party executive Georg Pazderski, a former army officer, told dpa. Pazderski said that this form of "political correctness" would strip the army of its last shred of identity.

Defense Minister von der Leyen has vowed to crack down on hard-right views among the troops. She blamed "weak leadership" across the military for failing to tackle its racist attitudes, bullying and sexual abuse.The comments come amid an investigation into far-right extremism in the German military, which has conducted searches of army barracks across the country in search of Nazi memorabilia as part of the probe.

It has now come to light that the Defense Ministry decided to stop distribution of the military's current songbook in January due to some of its songs having first appeared in the Nazi era.

The Defense Ministry also stated earlier that two assault rifles and a pistol were stolen from inside an armored vehicle at a military facility in northern Germany -- another embarrassment for the armed forces. The news comes as the military investigates an alleged far-right plot by two soldiers to assassinate prominent political figures.
RELATED TOPICS