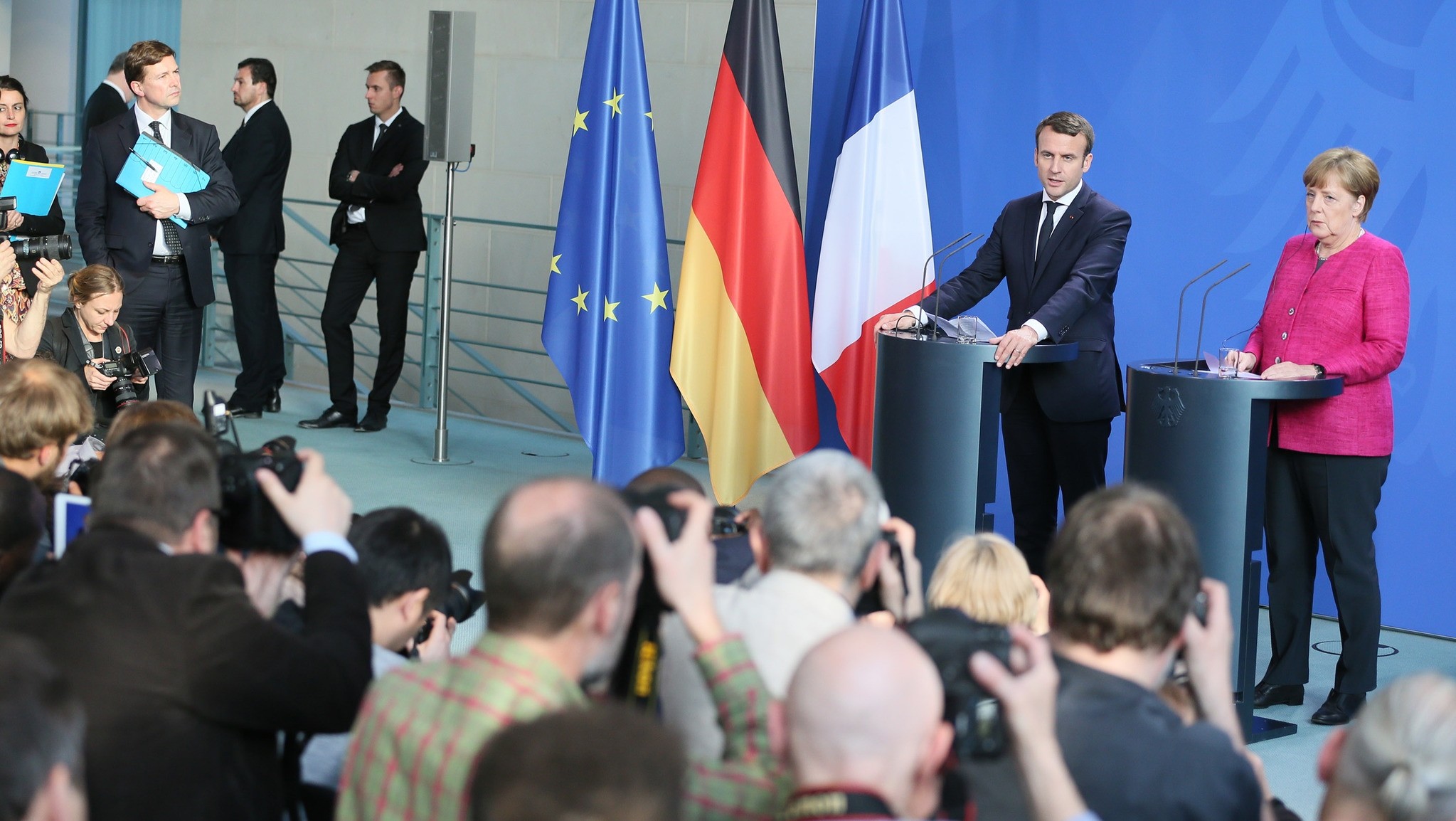 German Chancellor Angela Merkel and France's new President Emmanuel Macron vowed Monday to give a new impetus to Europe, saying they were ready to even change EU treaties if necessary.

"There is a common understanding that we can't just focus on Britain leaving the EU but that, first and foremost, we have to think about how we can deepen and crisis-proof the European Union, and especially the eurozone," Merkel said at a joint press conference, after talks with Macron.

In keeping with tradition, the French president paid a visit to Merkel in his first trip abroad after taking office on Sunday.

Macron also urged a "historic reconstruction" of Europe in order to battle a surge of populism, after defeating far-right leader Marine Le Pen.

Ahead of his visit, Macron's ideas on reforming the euro zone, including setting up a separate budget for the bloc, as well as giving it its own parliament and finance minister, had sparked skepticism among some in Berlin.

Finance Minister Wolfgang Schaeuble had warned that such deep-reaching reforms would require treaty changes, which were "not realistic" at a time when Europe was hit by a surge of anti-euro populism.

But Merkel papered over the differences, saying that "from the German point of view, it's possible to change the treaty if it makes sense."

"If we can say why, what for, what the point is, then Germany will be ready" for treaty change, she said.

Germany was also ready to partner with France in seeking more cooperation in defence policy and a more coherent European foreign policy that could "make Europe more visible" and stronger, she said.

The two core European powers wanted to give "a new push" to their cooperation and "new momentum" to the Franco-German axis, added Merkel.