Talks on forming new Dutch government break down over immigration 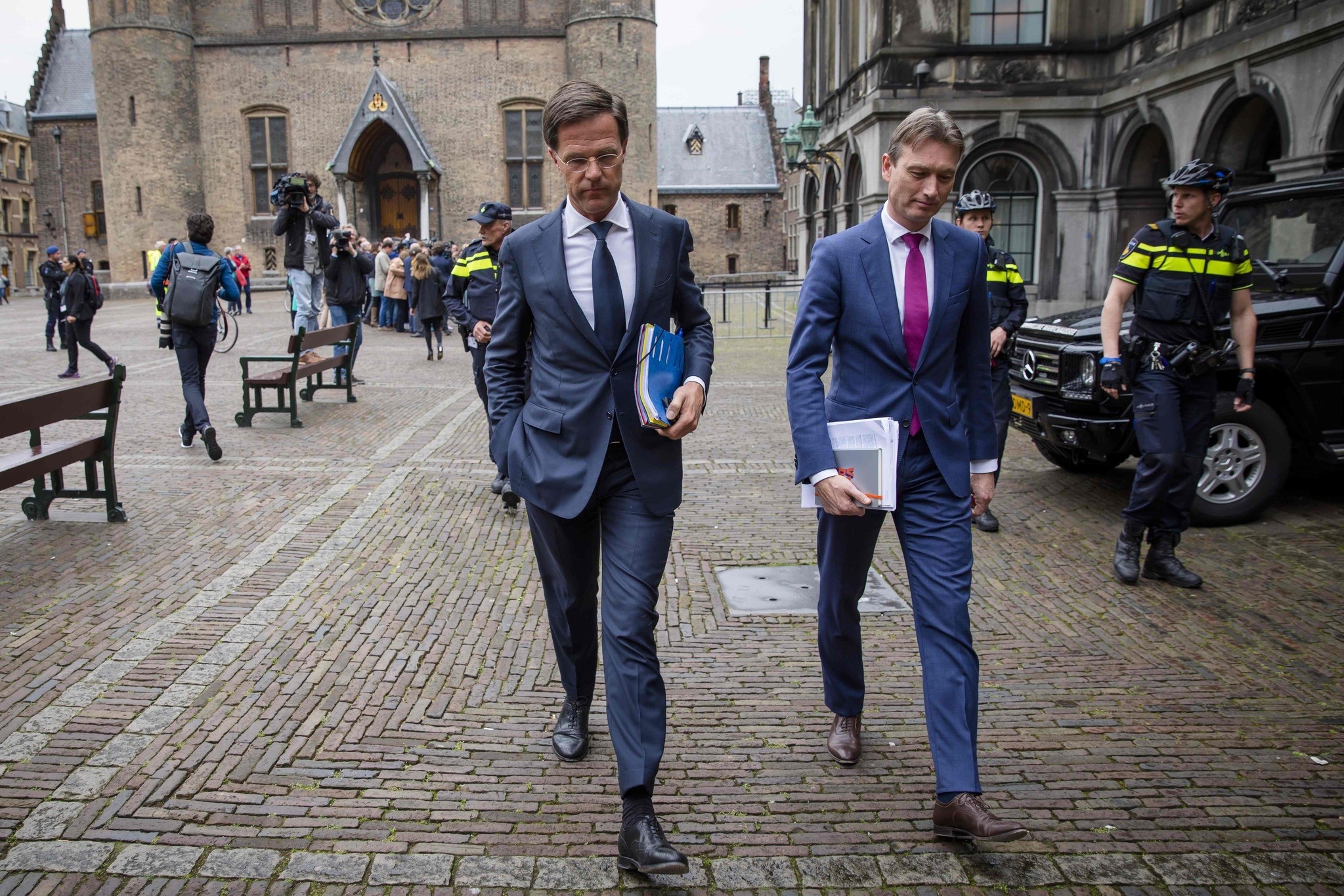 Dutch Prime Minister Mark Rutte (C) and member of the VVD party leaves after negotiations of the formation of a coalition government. (AFP Photo)
by Compiled from Wire Services May 15, 2017 12:00 am

Talks to form a four-party ruling coalition following March parliamentary elections in the Netherlands have collapsed over differences on migration policy.

Edith Schippers, the politician leading the negotiations, announced that the talks reached an impasse Monday, with migration policy proving a gap too wide for the parties to bridge.

The talks were between election winner the People's Party for Freedom and Democracy of Prime Minister Mark Rutte, the Christian Democrats, the centrist D66 party and pro-environment party Green Left.

Leaders of the parties involved had said from the outset that it would be tough to bridge ideological differences.

Rutte will now have to start the hunt for coalition partners again.

A more conservative coalition between the VVD, Christian Democrats, D-66 and the ChristenUnie, a socially conservative but economically progressive party, would achieve a small majority in parliament and is widely seen as the most likely to be investigated next.

The breakdown is likely to set back the formation of a government by months.