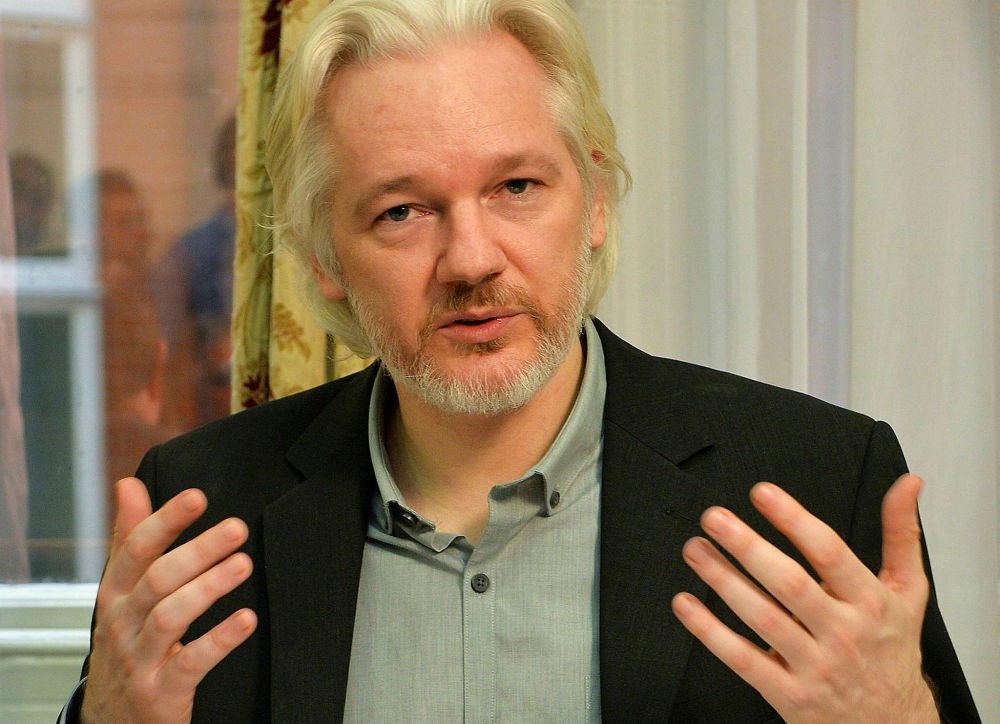 WikiLeaks founder Julian Assange gesturing during a press conference inside the Ecuadorian Embassy in London.
by Compiled from Wire Services May 20, 2017 12:00 am

Swedish prosecutors said on Friday they had dropped an investigation of WikiLeaks founder Julian Assange over a rape allegation, but British police said he would still be arrested if he left the Ecuadorean embassy in London where he has been holed up.

"This is a total victory for Julian Assange. He is now free to leave the embassy when he wants. We have won the Assange case. He is of course happy and relieved. He has been critical that it has lasted that long," Per E Samuelsson, his lawyer in Sweden, told Swedish Radio. Samuelsson was not immediately available for comments.

He feared Sweden would hand him over to the United States to face prosecution over WikiLeaks' publication of thousands of classified military and diplomatic documents in one of the largest information leaks in U.S. history. Assange took refuge in Ecuador's embassy in London in 2012 to escape extradition to Sweden to answer questions about sex-crime allegations from two women. He has been there ever since, fearing that if he is arrested he might ultimately be extradited to the United States.

The Swedish prosecutor's office said in a statement it had decided to end its investigation. In a court document seen by Reuters, chief prosecutor Marianne Ny said there were no further avenues to pursue to take the investigation forward.

After the Swedish announcement, WikiLeaks tweeted: "UK refuses to confirm or deny whether it has already received a US extradition warrant for Julian Assange. Focus now moves to UK."

WikiLeaks says the ball is now in Britain's court after Sweden's decision to drop its rape investigation of Julian Assange.

However, London police issued a statement after the Swedish announcement making clear Assange was still wanted by them. "Westminster Magistrates' Court issued a warrant for the arrest of Julian Assange following him failing to surrender to the court on the 29 June 2012," the police said. "The Metropolitan Police Service is obliged to execute that warrant should he leave the Embassy."

"I am entirely innocent," Assange wrote in a 19-page testimony released in December 2016.

In a letter sent to the Swedish government on May 8, Ecuador condemned "the obvious lack of progress" in the investigation despite Assange's questioning in the presence of the Swedish prosecutor at the embassy in November 2016.

Swedish judges have refused to take into account the opinion of the U.N. Working Group on Arbitrary Detention, which in February 2016 said Assange was effectively "arbitrarily detained" by Sweden and Britain and called for the arrest warrant to be annulled.