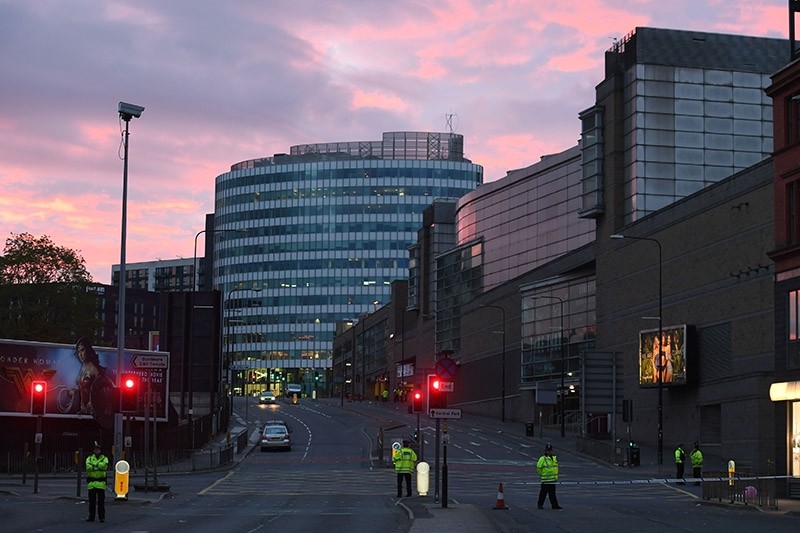 Police stand guard at the scene of a suspected terrorist attack during a pop concert by US star Ariana Grande in Manchester, northwest England on May 23, 2017. (AFP Photo)
by Compiled from Wire Services May 23, 2017 12:00 am

Britain's political parties have agreed to suspend election campaigning until further notice following an explosion in Manchester that killed 19 people at a concert by U.S. singer Ariana Grande.

Labour leader Corbyn said he had spoken to Conservative leader May and they had agreed that all national campaigning ahead of the June 8 vote would be suspended, the Press Association news agency reported.

"I am horrified by the horrendous events in Manchester last night," Corbyn said. "My thoughts are with families and friends of those who have died and been injured."

Prime Minister Theresa May canceled campaign events Tuesday after the blast, which killed at least 22 people and injured more than 50. She is due to chair a meeting of the government's emergency committee, COBRA, later.

Liberal Democrat leader Tim Farron also canceled a campaign tour to Gibraltar after the explosion, which police say they are treating as a terrorist attack.

Britons are due to go to the polls on June 8.