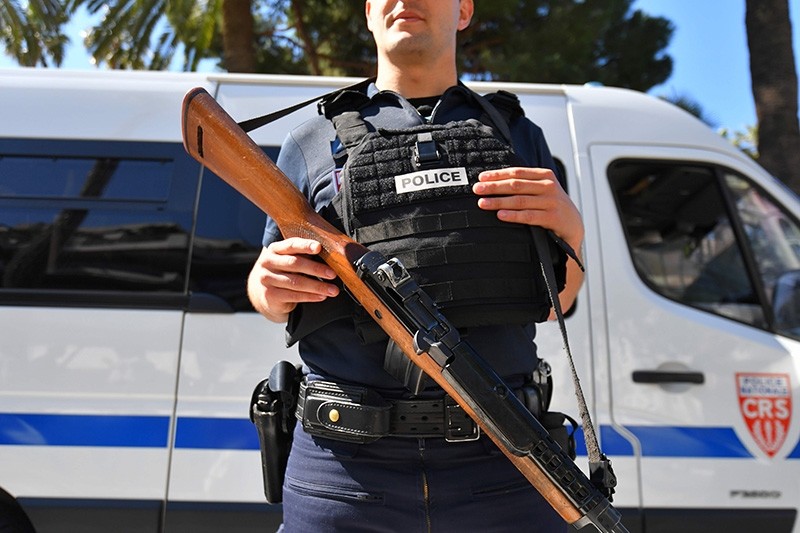 A police officer stands guard on May 17, 2017 ahead of the opening ceremony of the 70th edition of the Cannes Film Festival (AFP Photo)
by Compiled from Wire Services May 24, 2017 12:00 am
France is planning to extend state of emergency, which has been in place since Daesh terror attacks in 2015 to November 1, and will plan new security measures in the upcoming weeks, a statement by the French presidency said Wednesday.

Macron said in a statement that he will ask parliament to prolong the measure from July 15, its current expiration date, until Nov. 1. It would be the sixth extension of the state of emergency, which gives police exceptional powers.

He made the decision after a security meeting Wednesday in which top officials "studied the implications of this new terrorist attack on measures of protection to ensure the security of our compatriots."

Macron also asked his government to prepare draft legislation to reinforce security measures permanently beyond the state of emergency.