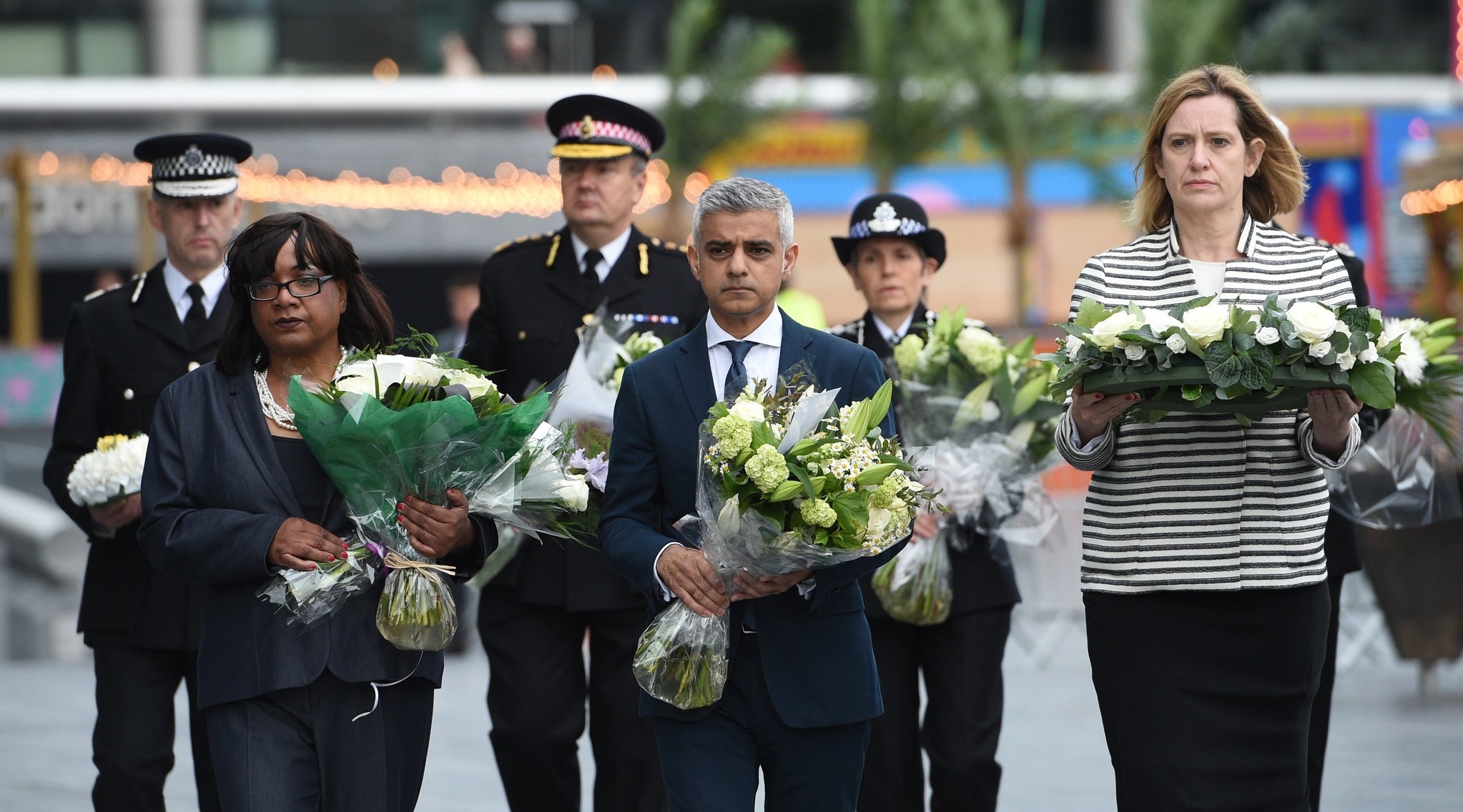 London Mayor Sadiq Khan accused Donald Trump on Monday of seeking to divide communities among Britain after the US president criticized his leadership following a terror attack in the city.

"Some people thrive on feud and division. We are not going to let Donald Trump divide our communities," Khan told the BBC.

Trump stated on Twitter Monday morning that London Mayor Sadiq Khan had offered a "pathetic excuse" and "had to think fast on his 'no reason to be alarmed' statement."

Trump's tweet renews his mischaracterization of Khan's statement to London residents following a vehicle and knife attack that left seven people dead and dozens injured. The mayor had told London residents not to be concerned by a stepped-up police presence in the city after the incident.

In a Sunday tweet, Trump mischaracterized Khan's remarks by suggesting the mayor had said there was "no reason to be alarmed" about the attack itself. Khan's spokesman said he was too busy to respond to Trump's "ill-informed" tweet.

On Monday, a spokesman for Khan responded to the latest statement from Trump, saying: "Nothing has changed since yesterday."

He said: "The mayor is focused on dealing with Saturday's horrific and cowardly attack and working with the police, the emergency services and the Government to keep London safe."

White House spokeswoman Sarah Sanders said Monday that Trump was not "picking a fight with the mayor of London at all." She also pushed back against criticism that the president had mischaracterized Khan's remarks, saying that "the media wants to spin it that way."

Asked if Trump was criticizing the mayor of London because he is Muslim, Sanders said that was "utterly ridiculous."

Trump's latest missive at Khan was part of several Monday morning tweeted statements from the president. Trump also lashed out at his own Justice Department for seeking a "watered down" version of the travel ban he signed in March instead of a broader directive that was also blocked by the courts.

The war of words was the latest episode in a long-simmering feud between Trump and Khan, a Muslim who was elected as London's mayor in May 2016. After his election last year, Khan tweeted criticism of then-candidate Trump's rhetoric, saying that his "ignorant view of Islam could make both our countries less safe. It risks alienating mainstream Muslims." Trump later challenged Khan to an IQ test during an interview on ITV.