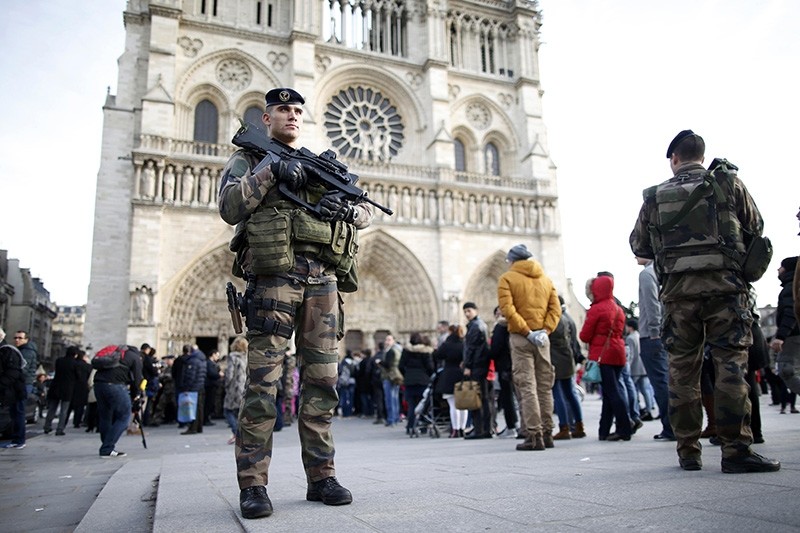 An armed French soldier patrols in front of Notre Dame Cathedral in Paris (Reuters File Photo)
by Compiled from Wire Services Jun 06, 2017 12:00 am

Paris police say an officer has shot a person who tried to attack him at Notre Dame cathedral in the heart of the city.

Anti-terrorist prosecutors opened a probe Tuesday after police shot and injured a man who had tried to attack an officer with a hammer outside Notre Dame cathedral.

The man who attacked a police officer with a hammer outside Notre-Dame Cathedral shouted "this is for Syria" before being shot and injured outside the Paris tourist spot, the French interior minister said.

He was also found to be carrying kitchen knives and had a document identifying him as an Algerian student, the authenticity of which authorities were checking, Gerard Collomb told reporters.

One officer was lightly injured and the assailant was shot in the thorax, according to one source.

The motive for the attack was not immediately known.

Hundreds of people on the esplanade in front of Notre Dame were evacuated while the operation was under way.

Large numbers of police cars filled the area on the Ile de Cite island in the River Seine in the center of Paris.

Paris is under high security after a string of Daesh terrorist attacks in recent years.